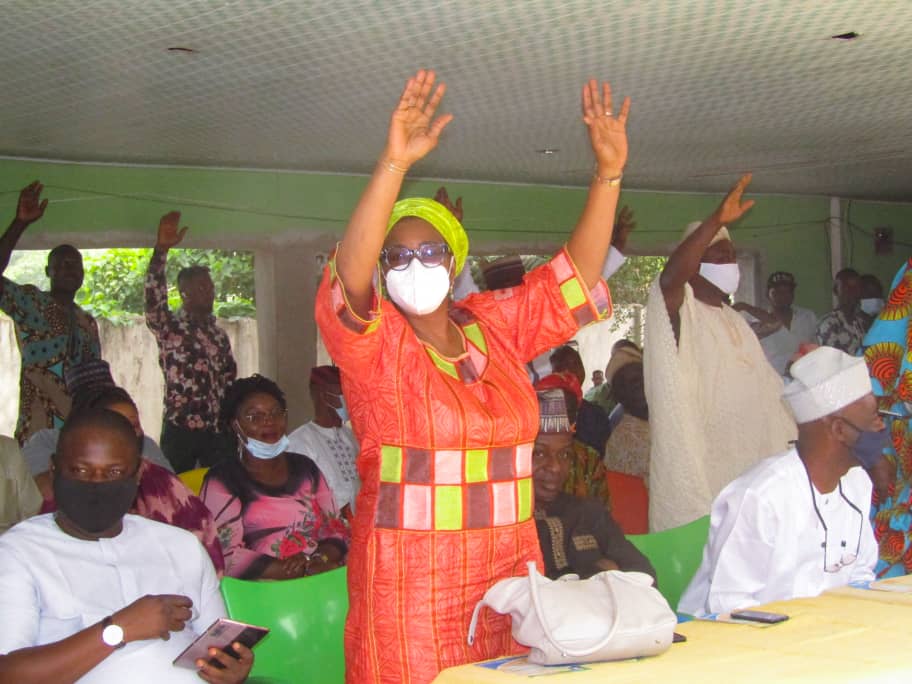 A member of House of Representatives, representing Oluyole federal constituency, Hon Tolulope Akande-Sadipe has expressed her confidence that the All Progressive Congress (APC) in Oyo state will defeat the incumbent government in the state in the forthcoming 2023 general elections.
She said the party is poised to restore the developmental legacy of a former governor of the state, Late Abiola Ajimobi.
Describing Ajimobi as the master-builder of the modern Oyo State, Akande-Sadipe said she was proud of the reconciliation move of their party in Oyo State.
A statement by the special adviser to the lawmaker on Media and Publicity Olamilekan Olusada, quoted Akande-Sadipe as making the remarks at a meeting with the APC National Working Committee (NWC) members assigned to supervise the Oyo Party registration, which was held on Tuesday at the new APC Secretariat, Ibadan.
also see:

She said “the renewed re-energized APC for the change Oyo needs is here, Yesterday was a day of pride for our dear party.”
“We are on track to change the narrative, we have learned from the lessons of the past. We are builders. We will continue the development of the modern Oyo state spearheaded by our leader Late Senator Abiola Ajimobi.”
The lawmaker while welcoming the members of the committee to the State reiterated that Oyo was a first in many things and Oyo APC shall make this registration exercise a success to gain its place of pride back. And as usual, she threw in the gender and youth inclusion appeal.
In her word APC women would play an important role in the registration process and return wants a fair representation of 60/40 male to female ratio in the coming elections. “we women of APC would play our part in this registration drive. hold our own and prove our worth to the party, The party in turn should take note and ensure that a better male to female ratio is achieved. 50/50 would be nice but 60/40 in 2023 will do.”
Also, during the meeting, the Chairman of the National Working Committee was asked the question on how Diaspora Registration of APC members abroad would be achieved.