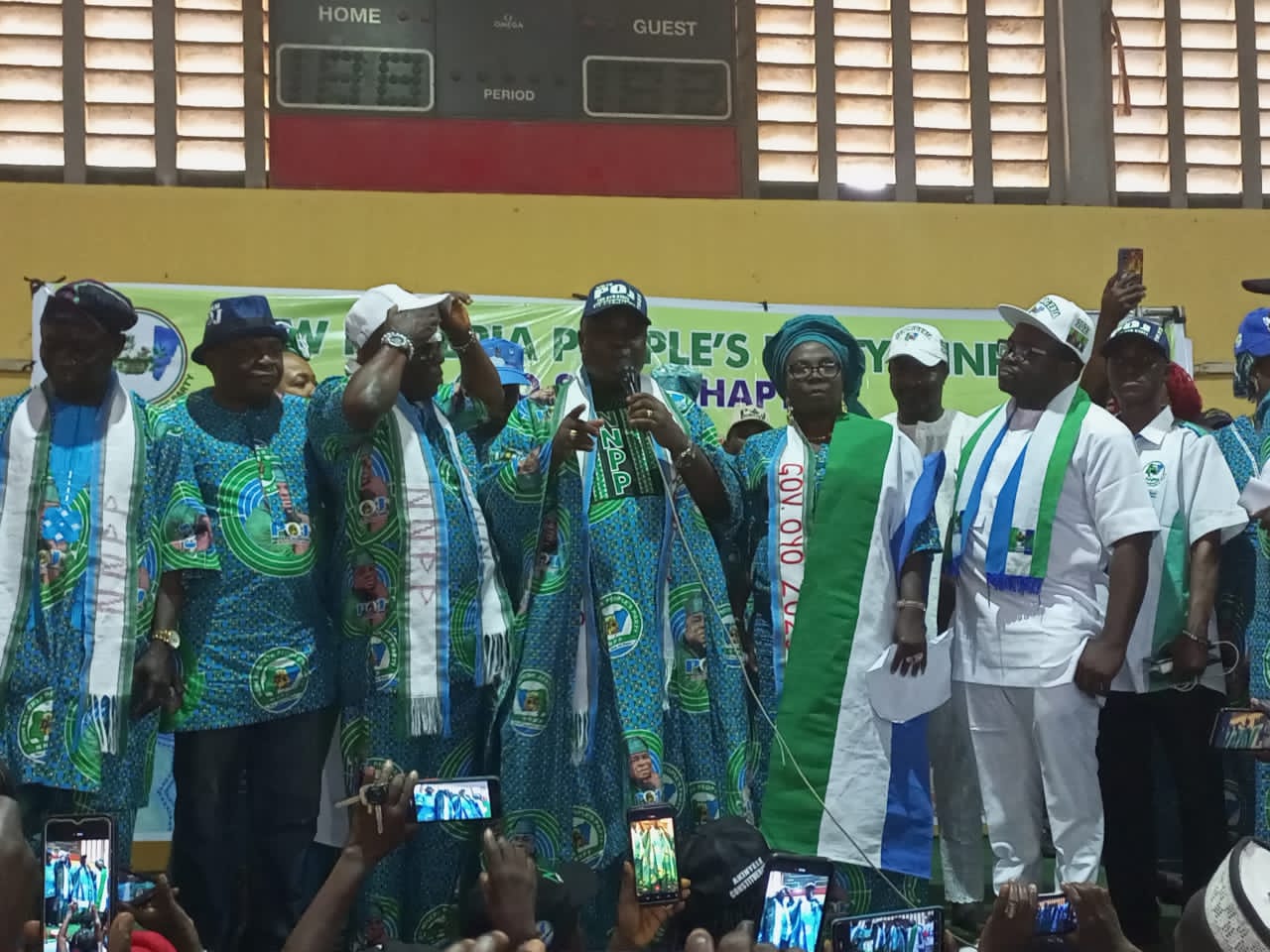 The governorship candidate of the New Nigeria People’s Party (NNPP), Engr Popoola Joshua on Thursday unveiled Alhaja Atinuke Adesope as his running mate for the 2023 governorship election in the state.
The party said it’s ready to wrestle power from the governor of the state, Seyi Makinde.
Speaking at the event held at Liberty Stadium, Oke-Ado, Ibadan, the NNPP gubernatorial candidate said people in the state are tired of PDP led government, adding that the party would rescue people from their current predicaments of oppression.
He promised security of lives and property, employment for the youths, a stable economy and dividends of democracy if voted as the governor of the state.
“Oyo people want a new government. In confident that God will use me for good things in Oyo State. We shall not be financially buoyant as some people does but we will dislodge him.
“This is a critical time in the history of our dear state. Government and power must return to the people, it’s time the entire citizen of the state experience true democracy and government that works in their favour.
“We are determined to restore our state to its rightful place as the pacesetter, the election is not just about us, it is more about the future of our children and our dear state because our people deserve better.”