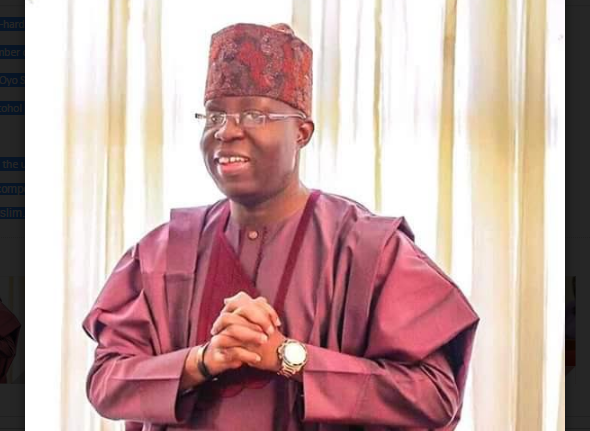 A leading Senatorial Hopeful on the platform of the All Progressives Congress(APC), in Oyo South District, come 2023, Senator Rilwan Adesoji Akanbi has withdrawn from the district’s primary election of the party.
Okanlomo of Ibadan Land, Akanbi cited failure of APC leadership to provide delegates’ list and Independent National Electoral Commission, INEC’s guidelines of 7 days ultimatum, given to political parties, to notify them should there is change in the date of party’s primary elections.
Oyoechonews online quoted Trumpeters online that a letter written by Sen. Akanbi’s lawyer to APC leadership demanding for the delegates list.
In his letter of withdrawal, Akanbi maintained that in order to avoid being parts of shenanigans and becoming victim of manipulation, by who he described as party’s hijackers, he has withdrawn.
also see:

He maintained that as things stand now, Oyo South primary election is already an effort in futility to avoid being parts of efforts in futility, based on the said INEC guidelines, he has withdrawn from the race.
“In view of this, I therefore withdraw from the primary election of Oyo South Senatorial District”. Akanbi stated in the letter.

This is due to irregularities and fraud perpetrated on the list of delegates for Oyo South.

In view of this, I therefore withraw from the primary election of Oyo South Senatorial District.