...says APC must rescind the decision 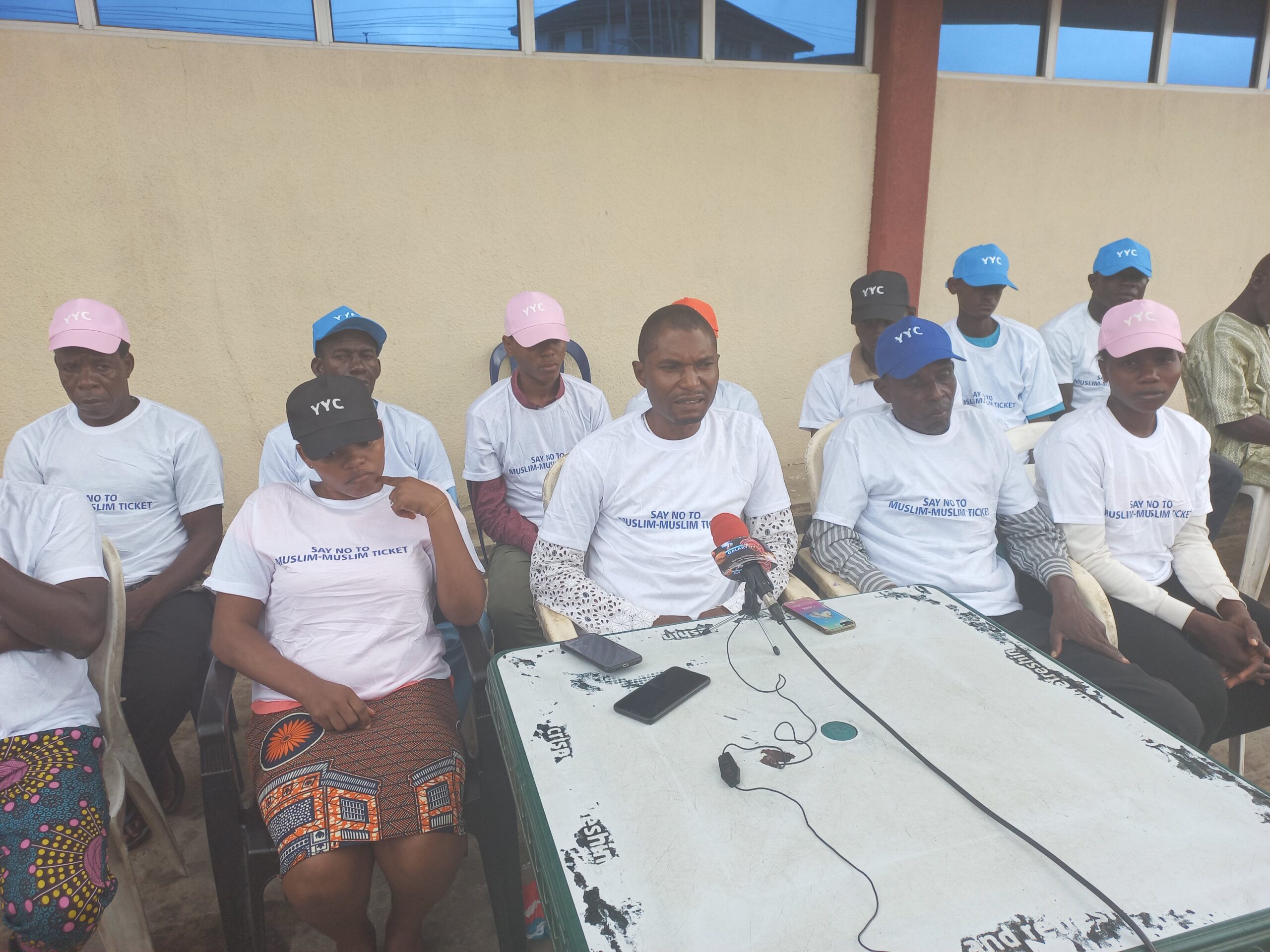 A Southwest-based pressure group,  Yoruba Youth Council (YYC) on Monday asked Nigerians to reject the Muslim-Muslim ticket of the All Progressives Congress (APC).
The group said the party that neglected the concept of fairness and equity before the election would not consider federal character if eventually elected.
The National President of the group, Comrade Ayodele Gbologe who addressed a press conference in Ibadan on Monday said for the party to enjoy the support of Nigerians, it must rescind the decision of a Muslim-Muslim ticket.
The group which according to him has over 50,000 members across the country has decided to continue campaigning against any political party that jettisoned fairness and unity of the country.
He said; “We decided to address the media based on the plight of Nigerians against one faith practice, where we have more than one faith in the country. Therefore, we are looking beyond the 2023 general election.
“Election is in stages(1) Before election (2) During election (3) after the election, Therefore we are looking at this that will unite us after the 2023 general election than things that will divide us.
“We believe that several Christmas politicians in the north are capable of occupying the office of vice president. Therefore we appeal to APC to in the interest of Nigerians, change their decision on the Muslim-Muslim ticket to allow peace to regain in Nigeria.”
He appealed to the party to rescind its decision in fielding Muslim – a Muslim ticket in the 2023 general elections.
“We are calling on Nigerians and APC leaders to rescind their decision to field Muslim-Muslim ticket vice president in the 2023 general elections. We, therefore, encourage Christians, Muslims and other religions to unite and work together for the progress and unity of our country.
“Today, the perception of an average Nigerian is that the nation is already polarized by religious and economic crises. Inflation rates are on the increase and high exchange rates have affected every stratum of society negatively.
“Therefore Christian leaders should be carried along in the scheme of things in the ruling party as we approach general elections.
“However, as a youth this nation belongs to all of us, not minding whatever religion you belong to. It is therefore imperative that we work together as one.
“With unity, we could put an end to terrorism and other dangerous acts bedevilling our nation. So, therefore, Yoruba, Igbos, Hausa, Fulani and other ethnic nationalities must come together to move this country forward.
“We also advise every Nigerian to come out and vote for a candidate of their choice come 2023 general elections because we need a united nation, forged in common belief with strong assurances from the leader.
“Sectionalism is inimical to our future and it has affected our psyche and is detrimental to national vision and unity. Nigeria, forward ever, backward never.”

Why My Ex-Boss, Akinbola Abe After My Life, Maligning Me