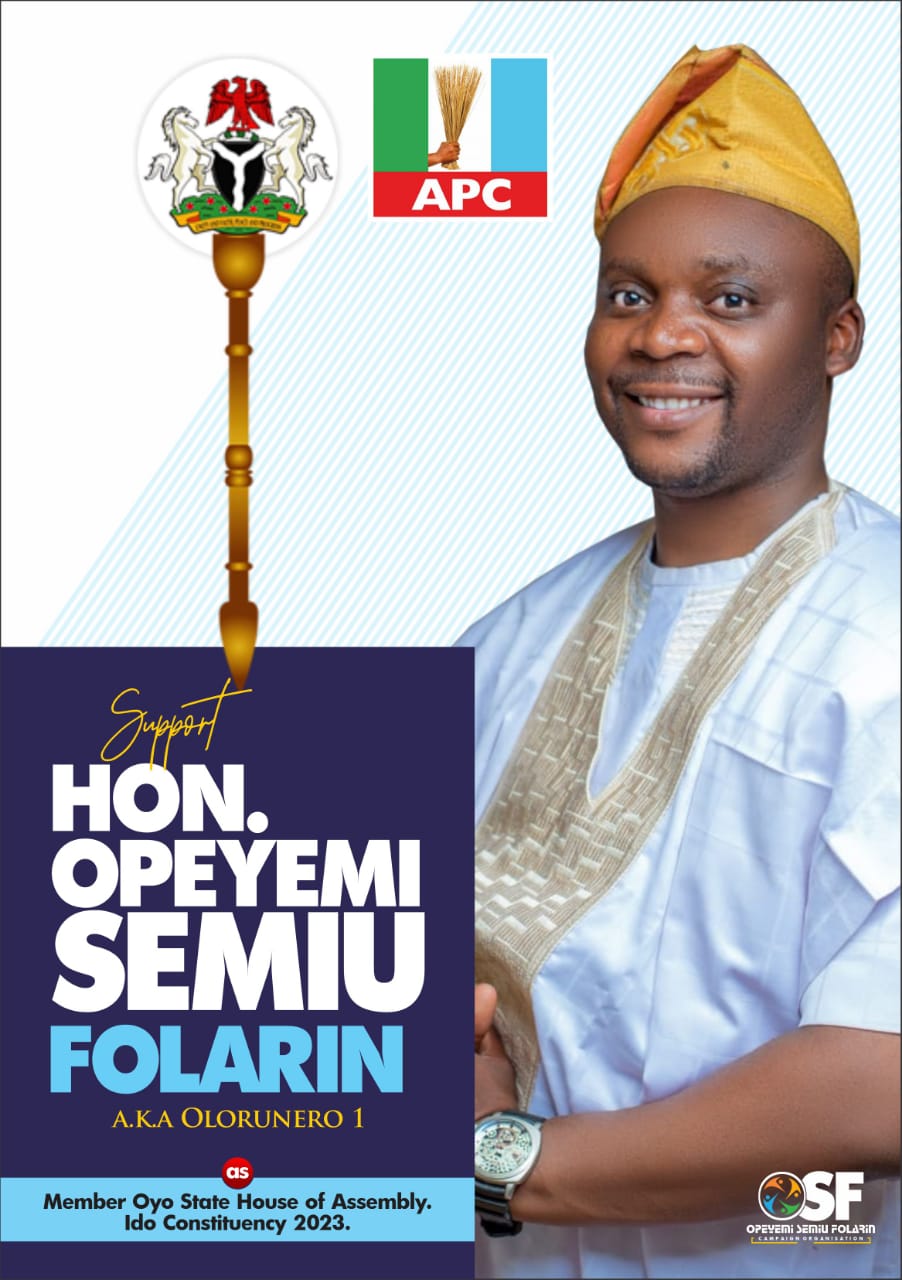 Some leaders and members of the All Progressive Congress (APC) in Ido local government has made passionate appeal to the leading aspirant of Oyo state house of assembly aspiring to represent Ido state constituency and founder, Opeyemi Semiu Foundation (OSF) Hon Semiu Folarin popularly known as “Olorun Ero 1” not to leave the party ahead of the 2023 general elections.
The leaders led by one of the party stalwart in the local government, Alhaji Kamardeen Ajisafe and members of Teslim Kolawole Folarin group stated that it will be suicidal for APC as a party to allow Hon Semiu Folarin to leave the party.
The leaders who stated this during a meeting with Hon  Semiu Folarin at the Apete party office said Hon Folarin is the most qualified of all the aspirants with his control of the whole ten wards in the local government as well as the fifty eight pooling units compared to an aspirant the party want to impose on the constituency who only controls eight pooling units.
also see:

In their words, “it may interest you that Semiu Folarin has under his control fifty eight pooling units including that of the aspirant the party want to impose on the local government. It is therefore important for us to appeal to Folarin not to leave APC while we continue to discuss with necessary stakeholders of the party to do the right thing.”
The leaders who also included Ward 4 Apc Chairman Hon Abiodun Jelili, Ward 4 APC PRO Hon Adeshina aka China., Saudi and others said the exit of Hon Semiu Folarin will spell doom for APC in Ido local government.
The leaders and members of Teslim Kolawole Folarin group appealed to Hon Folarin not to join Accord Party where some members of the party led by Adebayo Adelabu has moved to adding that APC will win Ido local government only if they give the ticket to Hon Semiu Folarin.
It would be recalled that Hon Folarin was a candidate of the Zenith Labour Party (ZLP) during the 2021 Oyo State local government election which many believed he won but was hijacked due to state government imposition of PDP candidate.
Hon Folarin has since won the heart of thousands of the people of Ido constituency with his popularity and good works of his foundation (OSF) which many believed will be an added value if he is given the ticket.