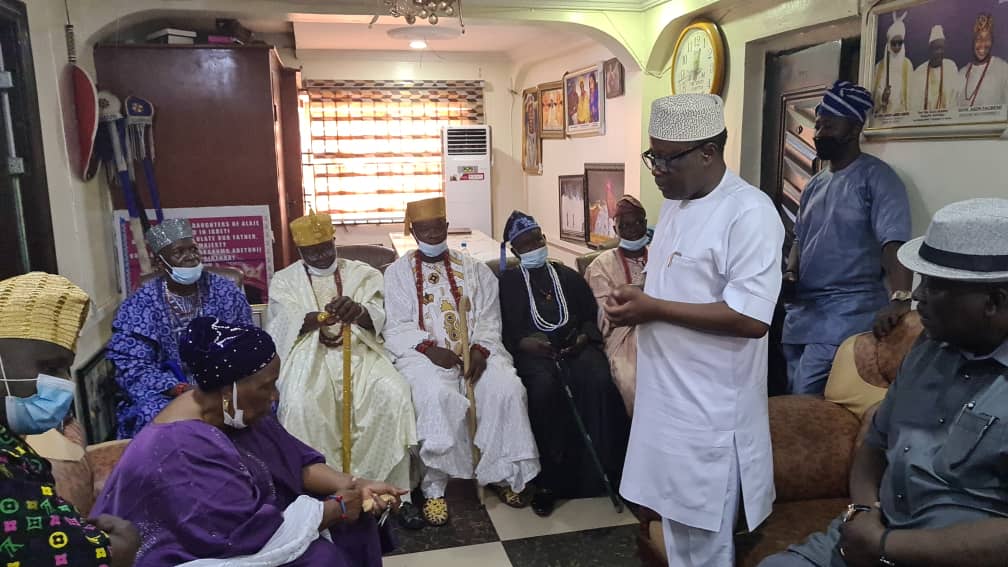 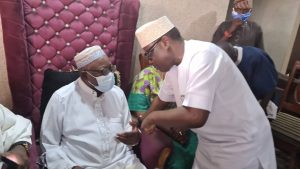 Ayandele had led a delegation of other prominent traditional rulers and indigenes of Ibarapa to the Popoyemoja palace of the late Olubadan of Ibadanland.
The delegation was received at the Popoyemoja palace of the late Oba Adetujnji by his widow, Olori Rashidat Adetunji, children and aides.
On the entourage were Hon. Ademola Ojo, a former Chairman of Association of Local Governments of Nigeria(ALGON), Oyo State and Hon. Fatai Salau, a former Commissioner for Special Duties.
Among the traditional rulers on the delegation are Oba Kingsley Onikola, the Onidere of Idere, Oba Adedamola Badmus, Olu-Aso of Iberekodo and Oba Ewuola Okeniyi, Asawo of Ayete.
Others are Oba Sunday Oladejo, Onilala of Lanlate and High Chief Olaide Ojedapo, the Baale of Aborerin who represented the Eleruwa of Eruwa.
Ayandele, who is also a Senatorial hopeful, described the late Oba Adetunji as a great traditional ruler who contributed immensely to the development of Ibadan, Oyo State and Nigeria.
He said that the late Oba Adetunji lived a fulfilled life, adding his reign was very peaceful and development-driven.
also see:

The APC chieftain recounted the agelong relationship between Ibadan and Ibarapa, praying that the relationship continue to wax stronger.
Ayandele condoled with the widow, children and all indigenes of Ibadan, praying that God grant the late traditional ruler eternal rest.
Oba Kingsley Onikola, the Onidere of Idere, described the late Oba Adetunji as a peace-loving traditional ruler who was friendly to all irrespective of their social status, religious or political affiliations.
The traditional ruler also eulogised the late Olubadan of Ibadanland, saying his reign was brought peace and development to Ibadanland.
The APC chieftain, who later visited the Alarere residence of Olubadan designate, High Chief Lekan Balogun, who is currently the Otun-Olubadan of Ibadanland.
Balogun was joined by Osi-Balogun, High Chief Lateef Adebimpe and Ekaarun Olubadan, High Chief Hamidu Ajibade respectively to receive the entourage.
Ayandele had told Balogun that the existing tie between Ibadan and Ibarapa would be strengthened during Balogun’s reign.
He expressed optimism that the reign of Balogun would be peaceful and bring into fruition the elusive Ibadan State which Ibarapa division would be part of.
Others on the entourage are Alhaji Wale Sanusi, Alhaji Adisa Gbayawu, Alhaji Kola Amoo, Akeem Adeniran, Alhaji Wale  (Adedibu ) and Taiwo Moteleola.

Makinde Is A Promise-Keeper, Fulfilling His Promises – Olatunbosun