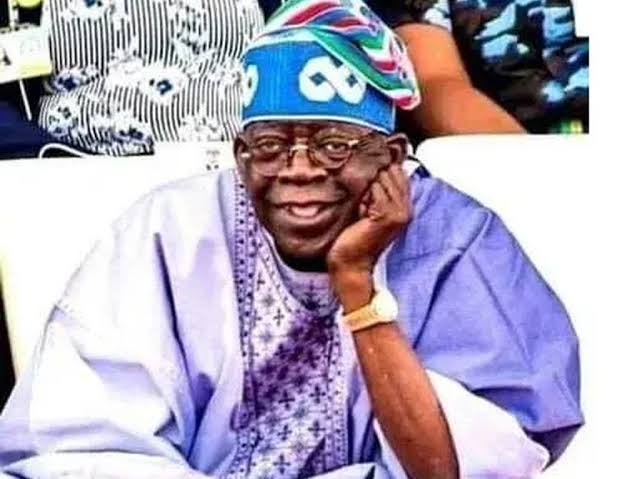 A chieftain of the All Progressives Co gongress (APC) in Oyo state, Oloye Sharafadeen Alli on Thursday said he was confident that the national leader of the party, Asiwaju Bola Ahmed Tinubu would be compensated for bridging Nigerians from across the country.

He commended Tinubu for his sensitivity and empathy for the victim of Kaduna’s train blast on Monday which made him to have cancelled his birthday celebrations.

Alli, in a statement he personally signed urged Nigerians to see Senator Bola Ahmed Tinubu as a kind hearted man with good ideas for development.

According to Alli who was recently elevated to Maye Balogun of Ibadanland, aside the National Roadmap designed for Lagos state by the colonial masters, Tinubu as the governor attracted local and foreign investors to ensure the state compete with even some countries in Africa.

The statement reads; “our national leader, Asiwaju Bola Ahmed Tinubu is a bridge builder across length and breadth of Nigeria. I am confident that his efforts to unite Nigeria will be compensated next year. He deserves to be commended for postponement of his birthday to honour those killed in Kaduna train.

“I urge our people in the south to support our leader the way he enjoys support from the north. He is a good and kind hearted man with good ideas for development. While in Lagos state, he attracted both local and foreign investors to lift Lagos state to enviable status.

“As you celebrate your birthday, on behalf of myself and my teaming Supporters Team BSA and the good people of Oyo state , we are wishing you many more years of good health and actualization of your dreams.”

Why I Trekked For Tinubu From Kano To Lagos