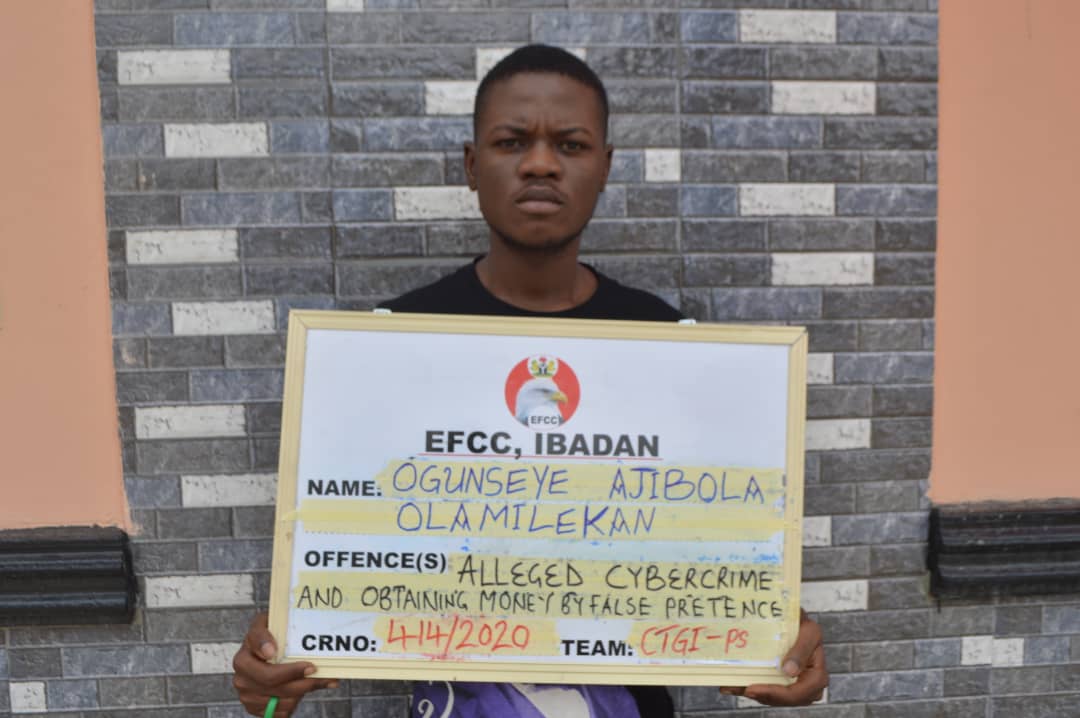 The Economic and Financial Crimes Commission, EFCC Ibadan zonal office, on Wednesday, February 3, 2021 secured the conviction of Opeyemi Olasumbo Folarin and Ogunseye Ajibola  Olamilekan before Justice Patricia Ajoku of the Federal High Court, Ibadan for Fraudulent Impersonation.
Folarin, who claims to be a 27-year-old Higher National Diploma student of The Ibadan Polytechnic and Ogunseye who claims to be a student of Federal University of Agriculture, Abeokuta   were both  found guilty of separate amended lone count of impersonation,  an offence contrary to section 22(2)(b)(i) and punishable under section 22(2)(b) of the Cybercrime (Prohibition, Prevention, etc) Act.
also see:

Both pleaded guilty to the charges, Justice Ajoku sentenced Folarin and Dike to six months and seven months custodial sentence respectively.
The judge also ordered that Folarin forfeits his Orange colour Iphone XR to the federal government of Nigeria, while Oguseye was ordered to restitute the sum of $700USD (seven Hundred United States of American Dollars) to his victim as well as forfeit his silver Iphone 6 Phone, one Apple series 6 watch, one Apple MacBook, one PlayStation 4 Game pad, to the federal government of Nigeria.