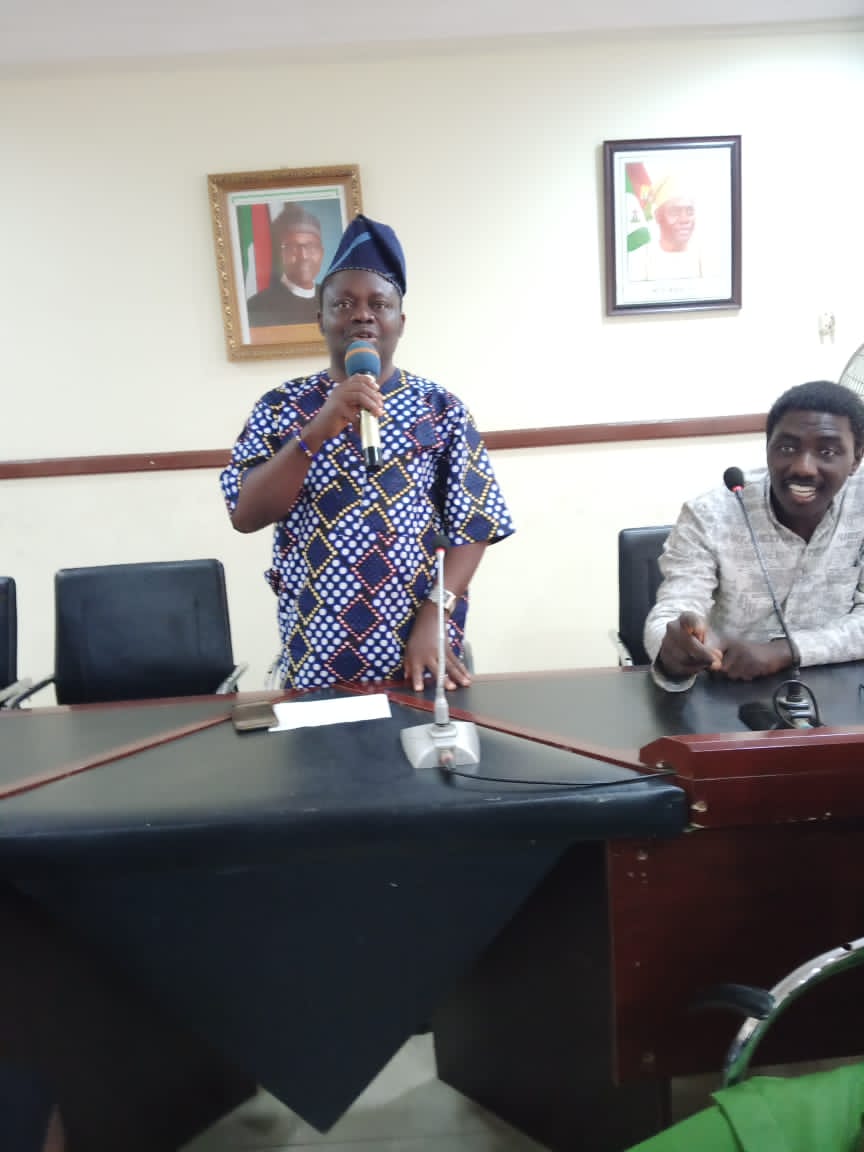 The Chairman, Oyo State Local Government Service Commission, Hon. Aderemi Ayodele, has called on the citizenry to get their PVCs ready and  be determined to change the present narrative in the country by voting in a more competent, visionary, humane and energetic leader this time around as the President, thereby avoiding the mistake of 2015, with a reminder that, “Nigeria’s economy under the present leadership had exacerbated compared to what was on ground in the 80s.
In 2015, a bag of rice was around  N7, 000, but now around N30, 000; exchange rate to a dollar was around N180. 00 then, but today it’s over N600. 00. Shall we then continue with this terrible mess? God forbid! “
The  Chairman stated this at the Conference Room of the Commission on Thursday, during the sent-forth programme organized in honour of one of its retiring staff, Mr. Isola Adetunji  Okanlawon, who retired as an assistant chief executive officer (general duty), after clocking the mandatory age of 60 years.
The Commission boss, who was represented on the occasion by the full time commissioner, Alh. AbdulAkeem Taiwo Oke, also appreciated God for making the day a reality, reminding the gathering that not all the people who planned such an  event had the opportunity to grace it. He further counselled the staff to always carry out their official duties with human face so that Oyo State could wax stronger. “You will all agree with me that Oyo State is one of the few states that make workers and pensioners welfare its top priority in the country today, and this is due to the humane nature of our dear governor who cannot stand the sight of suffering for the masses, ” he posited.
He then prayed for the celebrant that he would get his entitlements in full, hale and hearty. He finally appreciated the family members on behalf of the Commission’s board members, management and  other members of staff.
also see:

Earlier in his opening remark, the NULGE Chairman, LGSC branch, Pastor Bankole Johnson, had appreciated the staff for trooping out enmasse to celebrate the worthy ambassador of the Commission, Mr. Isola Okanlawon, who had demonstrated a high level of discipline, duty, honesty and dedication to service, emjoining them to borrow a leaf from the retiring staff.
Others who commented on the occasion were Mr. Baliamin Lukman Ojo  (Establishment Officer), Mrs Taiwo Jimoh (Confidential Secretary), Mr. Ezekiel Oladele (a retiree) – among others.
Special prayers were then offered for the celebrant and his family in both Islamic and Christian ways by Alfa Muideen Rahaman and Mr. Babayemi Kolawole respectively.
Responding on behalf of the family, the  celebrant, Mr. Isola Okanlawon appreciated the board members, management and staff of the Commission for the kind gesture extended to him while in service as well as at retirement, he then prayed for all his children that they would surpass him in terms of achievements in life.
The occasion had in attendance Alh. Ganiyu Wasiu (director of budget, planning, research and statistics), Mr. Adeola Oduola (director of education and social services), Alhaja Modinat Adeleke (internal auditor), Alh. Jelil Alade (deputy director of administration), Alh. Kunle Kareem (deputy director of education, Ido LG) and other principal officers of the Commission.
Highlights of the programme included presentation of gifts, cutting of cake, taking of group photographs – among others.