A doctor is expected to serve 800,000 residents 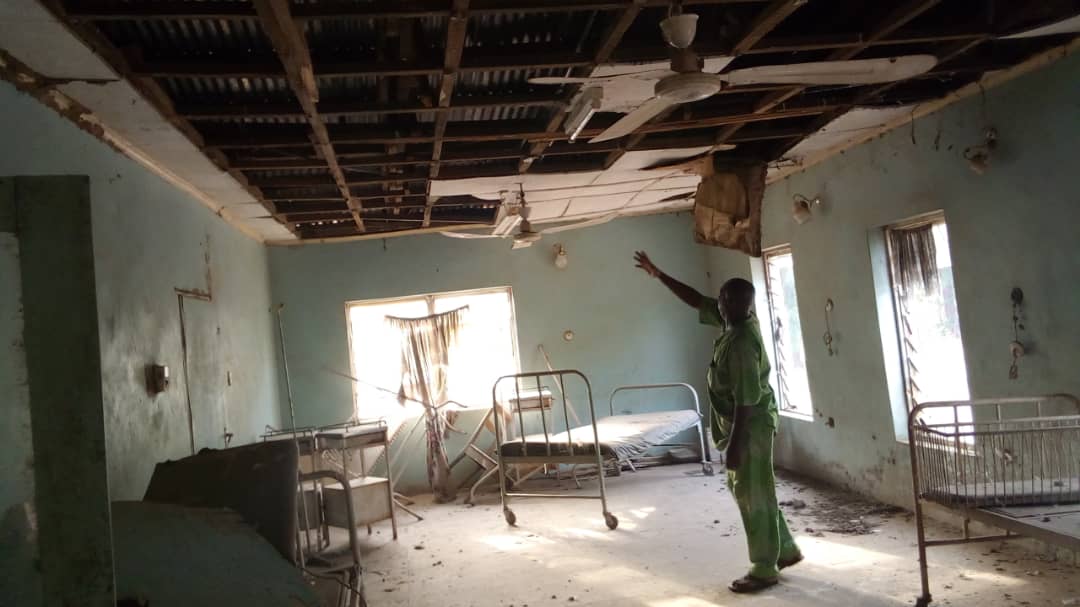 “Many primary health centres in Oyo state, especially in Oke-ogun area of the state are death centres” Sola Adebayo,  a resident of Iseyin area of Oyo state told oyoecho.com.
Reptiles have taken over buildings in many of the centres visited by our correspondent while doors, windows and ceilings are collapsed.
The primary health centers across the state are in sorry case.
Our correspondent who went round Ibadan the Oyo state capital reports that many of the centres lack basic equipments and man power to ensure residents receive quality health care.
At the moment, one doctor is attached to a local government in the state which means a doctor is expected to serve over 800,000 residents. 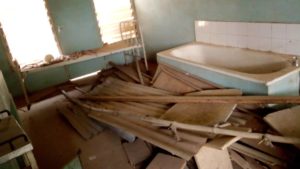 Our correspondent who visited Iseyin Local Government, Okaka in Itesiwaju Local Government, Okeho in Kajola Local Government, Iganna in Iwa Local Council Development area and Iwere-Ile in Iwajowa Local Government reports that many of the building for primary health centres are collapsed.
Worried over the terrible situation of the health centres, the Special Assistant to Governor Seyi Makinde of the state on health, Dr Abdullateef Ajibike appealed to the Governor to declear state of emergency in health sector.
According to him, such move will put an end to premature death of infants and the old ages at the grassroots level.
also see:

The special adviser who made the call during his on-spot assessments to all Government Hospitals in Oke Ogun area of the state. 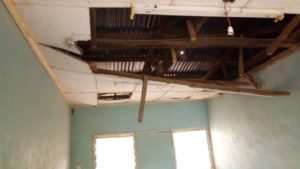 Dr Ajibike expressed disappointment on the terrible situation of the General Hospital at Okaka and Okeho, saying the Hospital could only abode reptiles and minatics and not a reasonable patience.
He berated the eight years reign of the immediate past administration of Senator Abiola Ajimobi for total neglect of Health care of the people of the region.
According to him, despite the supports given to him by the people of Oke Ogun, he rewarded them with bad situation of Hospitals where all the doors, windows and ceilings of the Hospital were nothing to write home about.
He therefore called on the Governor to re-consider the people of the region by repositioning the Hospitals and equip them with more equipments and efficient medical personnel.
One of the Medical Doctors met on ground who spoke to our correspondence on condition of anonymity said five Medical Doctors is meant for a General Hospitals but one is allocated several years ago while some had none.
A 35years old woman, Alhaja Ganiyat from Iganna in her contributions lamented the poor situation of government Health centres, these situation made members of public to shun the patronage of government hospitals.
She said many lives has lost due to lack of equipment in government hospitals and as a result of huge amount of hospital bills at private hospitals, she therefore called on the government of Engr. Seyi Makinde to bail them out of premature death.
A community leader in Okaka, Mr. Ogundele Rasheed urged the Oyo State Government to assist the rwgion rehabilitate the Okaka General Hospital for effective health care delivery.
A caretaker chairman of Kajola, Alhaji Salimonu Afolabi and his Colleagues Alhaji Lateef Temitope from Okeho appealed on behalf of the people of Kajola to upgrade the General Hospital in Okeho to Federal Health Centre.

NANS Protest Against Cases Of Rape, Violence Against Women In Ibadan