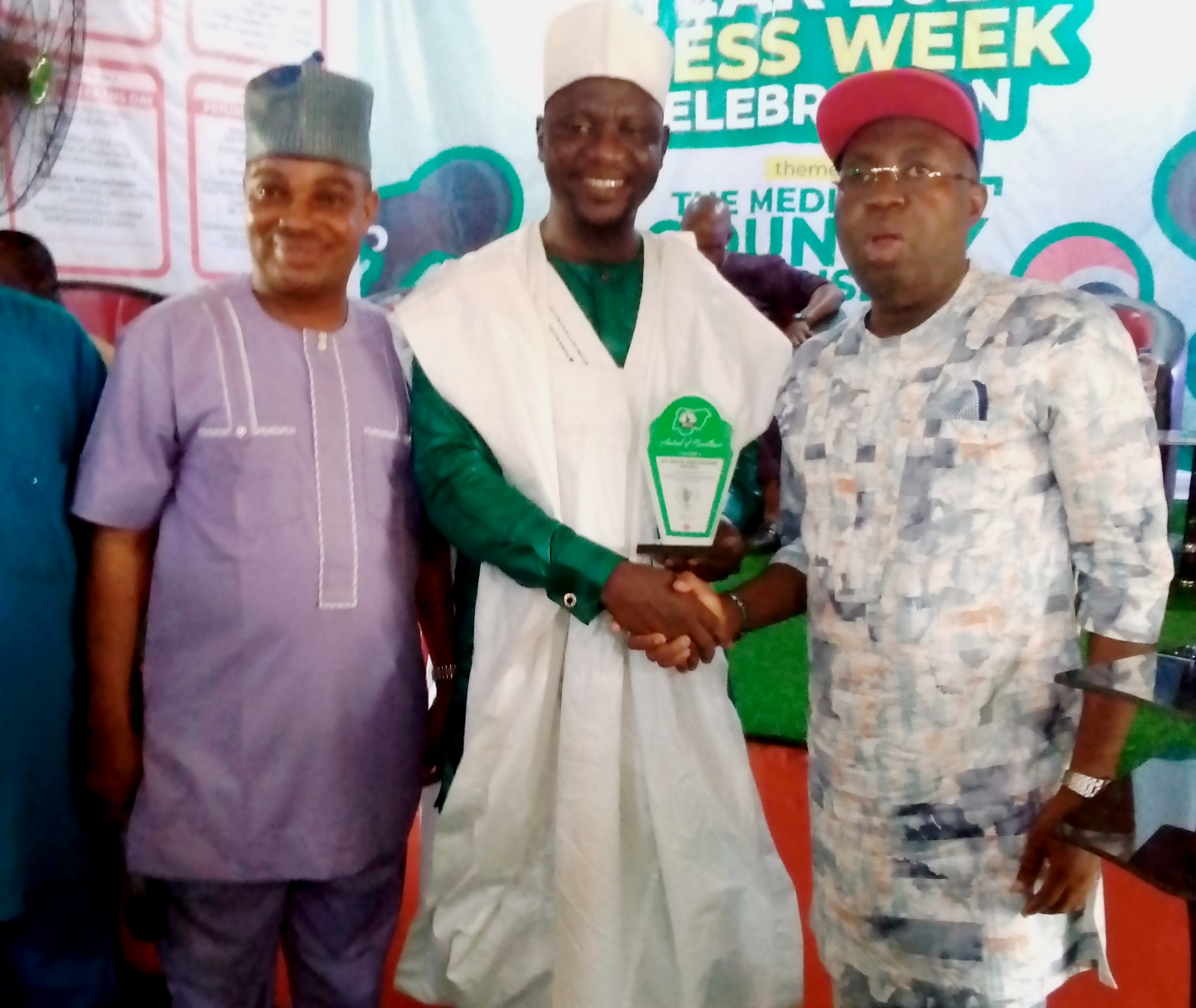 In recognition of efforts towards advancement of the efficacy of alternative medicine, the Oyo State Chapter of Nigeria Union of Journalist (NUJ) has conferred an award of recognition on the CEO of the Ajebi Tradomedical, Alhaji Isiaka Awujoola during the celebration marking 2021 Press Week of the union.

Alh. Awujoola, who is also the Aare Musulumi of Ologuneru, Ibadan was presented with the award on Thursday at Press Centre Iyaganku Ibadan, during the Family and Veteran Day, where a lecture was also delivered by Dr. Festus Adedayo.

Sen. Soji Akanbi, who advised the recipient to keep up the good work he’s doing to attract such exalted honour from the NUJ.

Sen. Soji Akanbi, who chaired the occasion and presented the award to Awujoola in his speech, noted that the recipients must have done something significant to be so recognised, urging them to do more by continuing to promote the efficacy of the alternative Medicare.

The Chairman of Oyo NUJ, Demola Babalola in his remarks said “there is no gainsaying to the fact that as the fourth estate of the realm, we have been keeping tab on all hardworking individuals and well meaning Nigerians who have contributed greatly to their immediate environment and that is why am going to shower encomiums on this recipient for his creditable feat”.

Alh. Awujoola in his response thanked the NUJ for the honour while describing it as a proof of recognition of the relevance of African traditional medicine in health care delivery services in Nigeria.