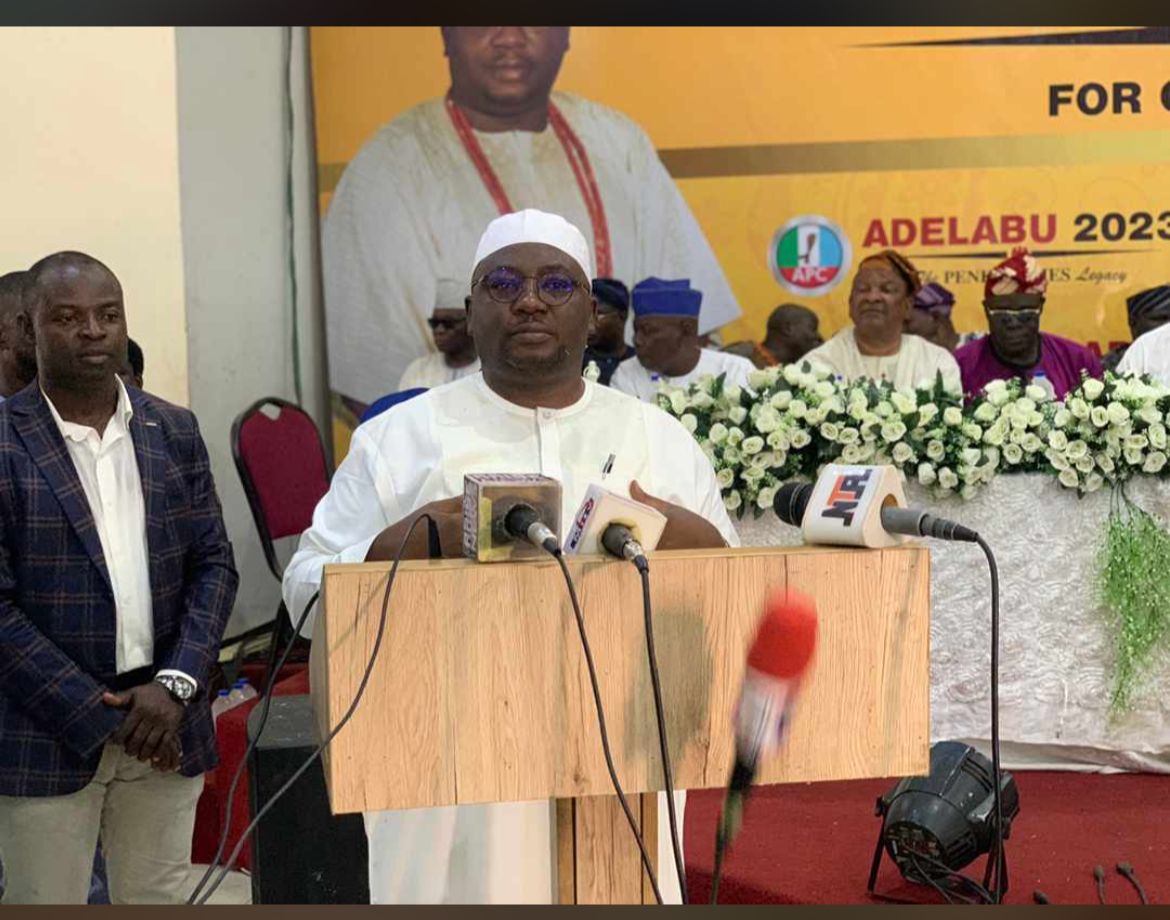 A Governorship aspirant on the platform of the All Progressive Congress (APC) in Oyo State, Chief Adebayo Adelabu on Thursday promised to extend the dividend of democracy to other zones, if elected as governor of the state in 2023.
He said the 2019 election was not yet time for him to become the governor in the state, adding that all mistakes he made in the election would be corrected 2023.
Speaking during his declaration to contest for governorship election in 2023 held at the party secretariat, Oke-Ado, Ibadan the ex-Central Bank of Nigeria (CBN) deputy governor maintained that God had told him that 2023 was the right time for him to become the governor of the state.
According to him, all people in Oke-Ogun, Ibarapa, Ogbomosho, Oyo and Ibadan are in support of his ambition, stating that APC has come back strong to reclaimed the lost glory of the state currently in the hands of PDP.
also see:

The APC aspirant, who was the grand son of Adegoke Adelabu tackled governor, Seyi Makinde’s Peoples Democratic Party (PDP) led administration in the state, saying that the governor has failed the state in all ramifications.
“Schools, hospitals, education are nothing to write home about in Oyo state. Security is poor while a lot of residents have lost their lives.”
He however promised all round development across the state, saying that all zones in the state would experienced dividend of democracy if elected as the governor in 2023.