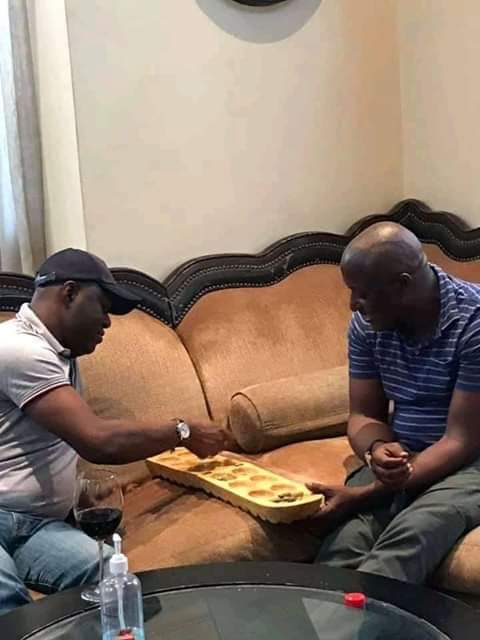 Over the past few weeks, Oyo State has become a hunting ground for serial murderers and sexual predators who appear to be taking a sordid advantage of the unusual security lapses in the State to execute their heinous motives. The State has recorded no fewer than three gruesome murders within two weeks, mainly involving young minds whose dreams of a prosperous adulthood were cut short even before they could barely take form.

The dastardly murder of 18-year-old Baraka Bello, a Science Laboratory Technology student of Federal College of Animal Health and Production, Moor Plantation, Ibadan, was followed by another killing of a 29-year-old pregnant woman, Azeezat Somuyiwa that was killed in the early hours of 5th June 2020, by some assailants who smashed her head with a stone. Also, Grace Oshiagwu, a Student of the Oke Ogun Polytechnic, Saki was raped and murdered at Idi-Ori, Sasa-Ojoo on Saturday.

Coming at a time when the whole world is at a standstill owing to the deadly covid-19 pandemic that is fast becoming one of the greatest threats to human existence; it is worrisome that citizens of Oyo State are facing another cruel battle at the claws of intractable sexual predators and unrepentant killers whose confidence seems to be growing in leaps and bounds by the day.

For a government that continually claims to be riding at the back of populism, one wonders if the Seyi Makinde-led administration has not become too comfortable with the glamours and trappings of power to the extent of folding arms while the people it vows to protect are going through a procession of killings. One wonders if security has already taken the back seat amongst other priorities of the State Government that promised a broader improvement in the affairs of commoners.

Seyi Mankinde’s achievement(s) since he assumed office has failed to capture the essence of true governance. The Governor is famed for celebrating mundane feats which are not worthy of record while looking away from the core values of leadership. Everyday, one sees the face of a State which is being painted in the media as peaceful but in reality has become a safe refuge for perpetrators of crimes who wander through all corners of the State without the slightest fear of apprehension.

Seyi Makinde and his boardroom advisors have reduced the people of Oyo State to mere pawns on the tattered boards of Ayo Olopon – a game which the Governor seems to take utmost delight in rather than spending time in contriving ways to bring an end to the extreme insecurity in the State.

While the State is reeling under the spate of gruesome killings, the Seyi Makinde-led government in Oyo State pockets 500 Million Naira monthly as security vote. One expects such copious sum of money to be spent on the security architecture of the State in a bid to save lives and properties by curbing incessant Killings and other foregrounding social vices.

It would amount to a great disservice if the Governor continues to shortchange Oyo People in order to appease the thirsts of his few friends who have been patiently lining up over the years to milk the treasury of the State.

Senator Osinowo’s Death, A Bitter Pill To Swallow For APC, Myself, Says Folarin