June 12: No Peace For Those Who Truncated Abiola’s Victory – Ajanaku 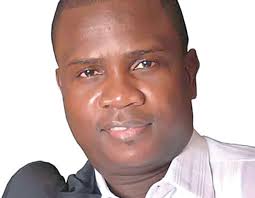 June 12: No Peace For Those Who Truncated Abiola’s Victory – Ajanaku
•
The Asiwaju Odo O’odua (O’odua Youths President), Asiwaju Rotimi Ajanaku has declared that the perpetrators of annulment of June 12 election won’t enjoy peace of mind, if the masses are still facing numerous challenges in the county.
Ajanaku who joined other notable Nigerians to commemorate this year June 12 National Democracy Day said as long as millions of Nigerians continue to suffer economic hardship, insecurity and social deprivation, no sinners will go unpunished.
“What we have as a nation now is not the Nigeria that was in the minds of millions of people who joyfully and indiscriminately trooped to streets, not minding differences in religion, ethnic or tribe to cast their votes for Basorun Moshood Kashimawo Olawale Abiola to become the president of this great nation on 12th of June, 1993.
“There would be no peace for those who truncated Basorun Abiola’s victory through the annulment of June 12, 1993 presidential election. I know one thing, as long as the masses in Nigeria continue to suffer, the spirit of June 12 will never stop to hunt the perpetrators of the evil act.
“Abiola’s administration would have been ‘government for the masses’ considering the way Nigerians rally support round him and his promises to the masses as well as Nigerians in general. It would have also brought solution to the problems militating against the unity and progress of this nation.
One thing is sure untill this nation is transformed to a level where common man would be guaranteed three meals per day, a nation where security of lives and property will be prioritized, a country that would support industries and companies to survive and create jobs for Nigerian youths, a nation where leaders at all levels would rise against corruption, there would be no peace for those working against this nation.
Meanwhile, Ajanaku praised President Buhari and those who worked with him to get June 12 declared as National Democracy Day. He also prayed for the families of those who died during the struggle for the actualisation of Abiola’s ambition.
“There’s no any better way to immortalise a great worrior, a leader of distinct value than what President Buhari has done. Proclamation of June 12 as National Democracy Day by the President is an outstanding way to immortalise a national leader of unmatched repute who contributed greatly to his community, state and nation , as well as Africa, as a black continent,” Ajanaku stated.
“As we remember another June 12 today, I pray God to keep standing by the families left behind by those who lost their lives to June 12 struggle. When the nation shall regain his lost glory, the generation of those who fought for her liberation will be compensated by God,” Asiwaju Ajanaku prayed.