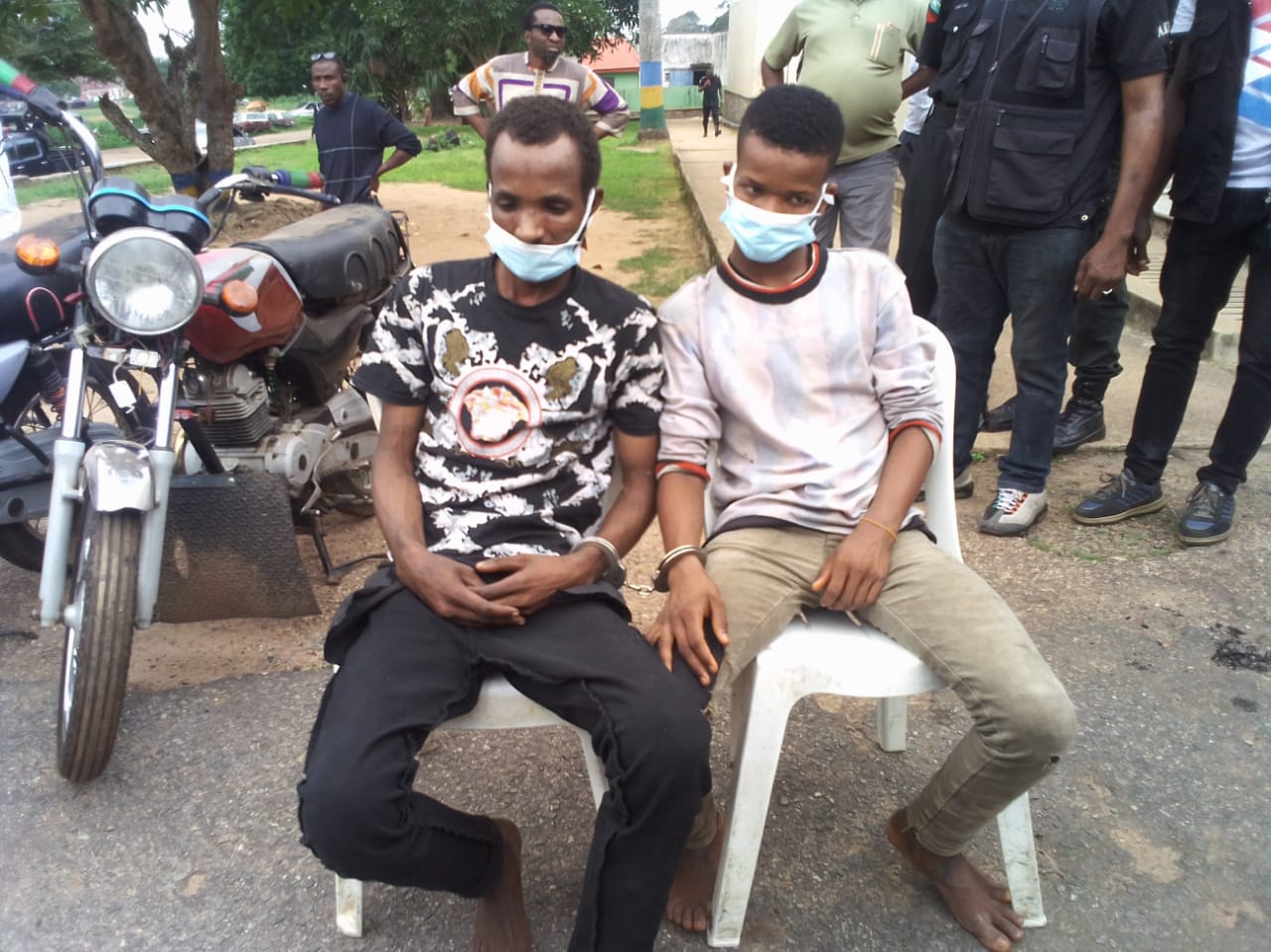 Court Remands Banker Who Stole N10million Customer Money As He…

A 16-year-old cattle rustler, Umaru Muhammed on Monday informed the Oyo State Police command that his gang usually Kidnap their victims to take ransom.
Muhammad who stated this while responding to questions at the command Headquaters, Eleyele Ibadan said their last victim was lured to buy cow at Onidundu village in Akinyele village, Akinyele local government area of Ibadan, the Oyo state capital.
The suspect who claimed to be a cattle rustler said some of colleagues who are not at large asked him to call his customers to come and buy cows.
Relating how he was able to carry out the operation, the suspect said; “I  was asked to call my customer to come and buy cows. Then, I called Taofeek and he obliged to come and meet me at our village. But on our way to the village, we were attacked by my people as planed.
“It was our plan to kidnap them for ransom but unfurtunately the operation was foiled by some youths in the village. The operation ended in shoot at sight and one of the youths in the village was killed in the operation.
“I have not involved in this kind of a crime before, but my people do it often.
Many of them have fled now. They invited me to join them and they gave me strategy to use. They threatened me that if I don’t cooperate they will deal with me and I was forced to do as I was ordered.
“One of my people that we planned the operation together was arrested on the spot and it was his arrest that led to my arrest,” Muhammad said.
Parading the suspects before journalists, the State Police Commissioner, CP. Ngozi Onadeko, had earlier gave the names of the suspects as Usman Mohammed, aged 27, Umaru Mohammed, aged 16.
Ngozi said on 9th July, 2021, one Taofeek Olaide received a phone call from one Umaru Mohammed, claiming to have a number of cows for sell on the instruction of his father at Kara market Akinyele area of Ibadan.
She further said that: “Upon the receipt of this call, Taofeek Olaide alongside one Yusuf Taiwo boarded a motorcycle Akinyele to carry out the supposed business transaction.
The duo upon arrival at an agreed spot picked up Umaru Mohammed and proceeded to Oni-Dundu village in Akinyele area where the ranch was supposedly located and a kidnap syndicate arranged by Umaru Mohammed was waiting in ambush.
The duo innocently walked into the ambush and were greeted with an opening fire where Yusuf Taiwo was kidnapped but partner Taofeek Olaide managed to escape.
Upon receipt of this information, officers from Moniya Division in a collaboration with the Ambush team of the Anti-kidnapping Squad AKS swung into action, swiftly drifting to the scene and tactically combing the area.
This display of gallantry led to the rescue of the kidnapped Yusuf Taiwo who sustained gunshot injury on the thigh from his abductors, and the arrest of some members of this criminal syndicate.
It is however regrettably notable that while these criminal elements took to their heels to evade arrest, they stumbled upon some youths from Oni-Dundun village and released gunshots at one Usman Mohammed who was rushed to the hospital where he was confirmed dead. CP. Ngozi maintained.

Why I Refused To Attend Meeting With Gov Makinde – Olopoeniyan

2 Killed, Others Injured As Police Intensify Effort To Rescue…