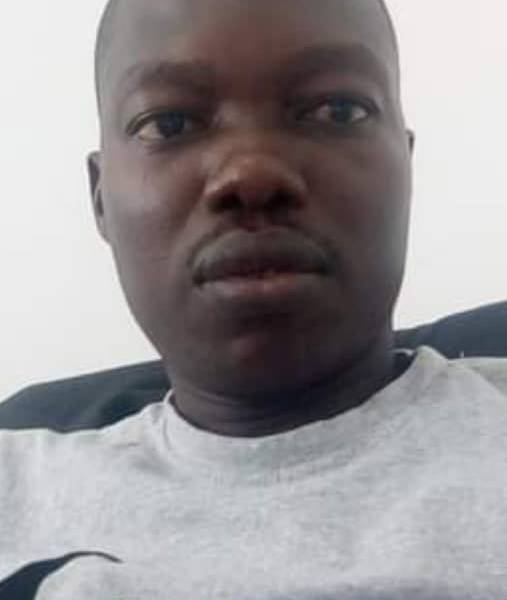 The MBA student of the Obafemi Awolowo University, Ile Ife, Timothy Adegoke who died in a controversial circumstances has been buried.
The remains of the 37-year-old accountant were buried beside the house he built for his parents in the New Eruwa part of the town.
Eruwa is the headquarters of the Ibarapa East Local Government Area of Oyo State.
There was weeping and wailing at especially during the brief service conducted by Revd. Michael Hungbenu, the founder of Celestial Deliverance Church of Christ.
The wife wept uncontrollably and refused to leave the graveside despite pleas that she should step aside.
also see:

She kept shouting the name of her husband and reminding the dead of the sweet times they had together while she hurled curses on the killers of her husband.
She said  the killers did not allow her husband to bury his parents and became inaudible at a time after she had  screamed for long time .
Service of tribute was held first held at the Eruwa Town Hall  where hundreds of youths, members of ICAN and OAU students among others had gathered.
Speaker after speaker paid glowing tributes to the deceased while his kinsmen recalled his good deeds.
His brother, Gbade and family lawyer, Adekilekun urged those present to support them to ensure that Justice is served in the case which is already in court.