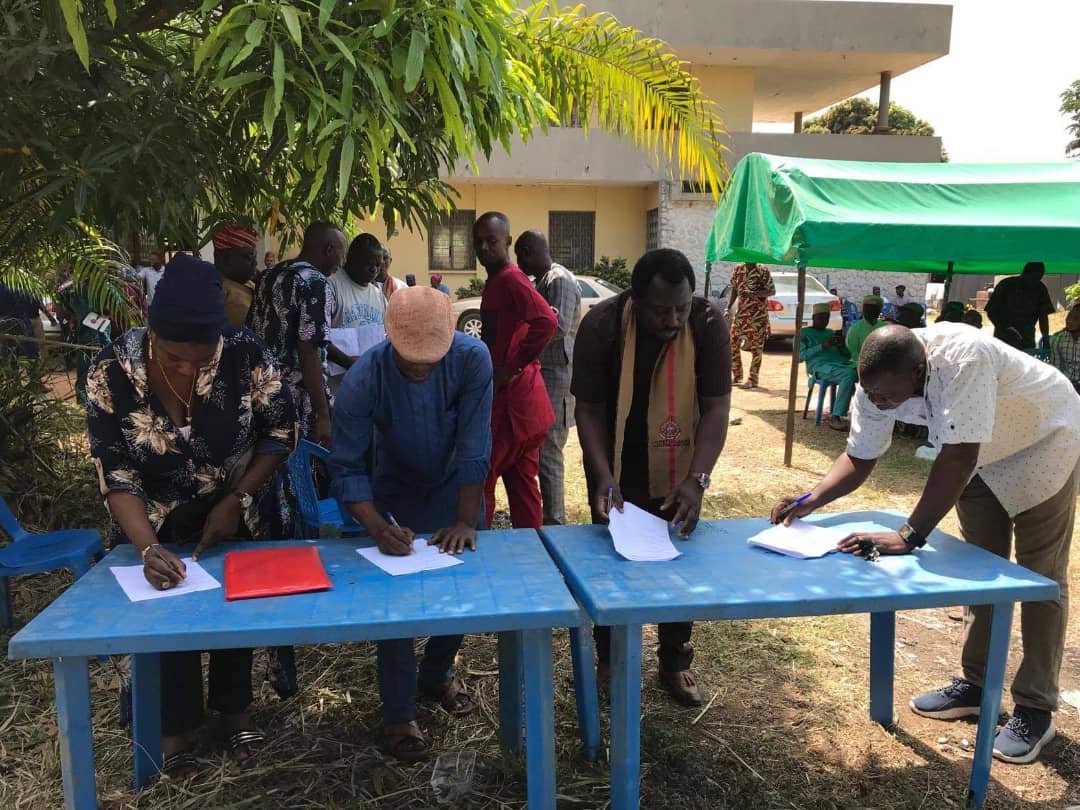 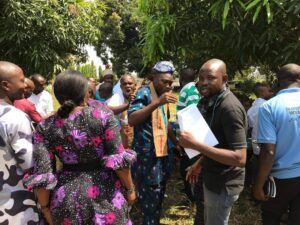 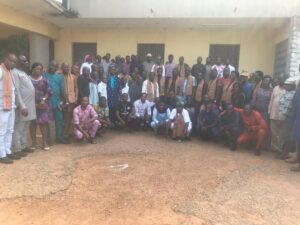 Other elected global executive members include Mr. Alabo Leye as Financial Secretary, Mr. Tunde Oluwasinmirin as Treasurer, Mr. Shittu Olanrewaju as Welfare Secretary, Mr. Olugbenga Agboola as Global Assistant Secretary; Babalola Obasanjo and Owolawi Jaleel as Ex-Officio.
In his acceptance speech, Global President Solomon Onilede reiterated his renewed commitment in repositioning the Association for the greater good of all. He said his administration would continue to be accessible, transparent, accountable, responsible, responsive and all-inclusive.
also see:

“We must unite for the progress of our association. It is expected to see some aggrieved members who perhaps because of their interests would want to polarise the association. There is a philosophy I believe in which always serve as a source of inspiration for me in everything I do. And that is the fact that, every turn life takes must be accepted as God’s plan for us.”
He stressed that one of the major factors he would look into is the issue of convocation so that the association members who had graduated some years back but unable to receive their certificates due to constraints of convocation ceremony would be resolved, adding that within the shortest possible time of his new regime he would collaborate with the Governments of Oyo and Osun States, the Governing Council of the University, the Management and all other stakeholders.
Chairman of Electoral Committee, Prof. Remi Aworemi while announcing the winners said, “There is no doubt that we have conducted a great election here today, Saturday 14th November 2020. We did our best in putting in place the necessary arrangements to ease the process. We have delegates from 11 chapters out of 12 chapters and it is a thing of joy to witness the determination of our members to be involved in the election of new leadership of our great association. In fact, it is interesting to have members from diaspora to even come around for this election. The election is over now and not everyone who contested is expected to emerge winner. The most important thing is for us to support those who won to forge ahead as an independent body”.
Other members of the electoral committee nominated by the delegates include Dr. Adeyemi Oluwaseun Adeboje – Secretary (South Africa chapter), Mr. Charles Farayola (Kwara State Chapter), Engr. Sola Ilugbaro (Delta State chapter), Mrs Mojisola Fagbewesa (Osun State chapter), Mr. Adeyinka Adegbola (Lagos State chapter) and Ayobami Obasa (Ondo State Chapter).
Prof. Aworemi declared that the inauguration of the global executives would take place on Monday 16th November 2020.
The election had in attendance Chairman of Board of Trustee of LAUTECH Alumni Association – Chief Jide Bewaji, Chairman Annual Lecture Planning Committee – Prof. Samson Ojoawo, BOT member – Prof. Funke Olagunju, representatives of University management, Head Public and Alumni Unit of LAUTECH, security operatives, observers and journalists from reputable media organizations.