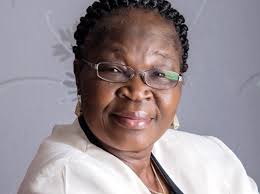 Governor of the State, Engr. Seyi Makinde who doubles as the Visitor to the institution will grace the event.
Popoola would be confered with Doctor of Civil Law (D.CL); Samson will bag Doctor of Business Administration (D.BA); Ayorinde Doctor of Law (D.L); Adefope Doctor of Letters (D.Litt); and Olugbemi (D.BA).
The LAUTECH”s admission to higher degrees and award of honorary degrees ( Honoris Causa) hold this weekend, Saturday April 23.

Why I Stepped Down For Hon. Stanley Olajide, Odidiomo – Bibire