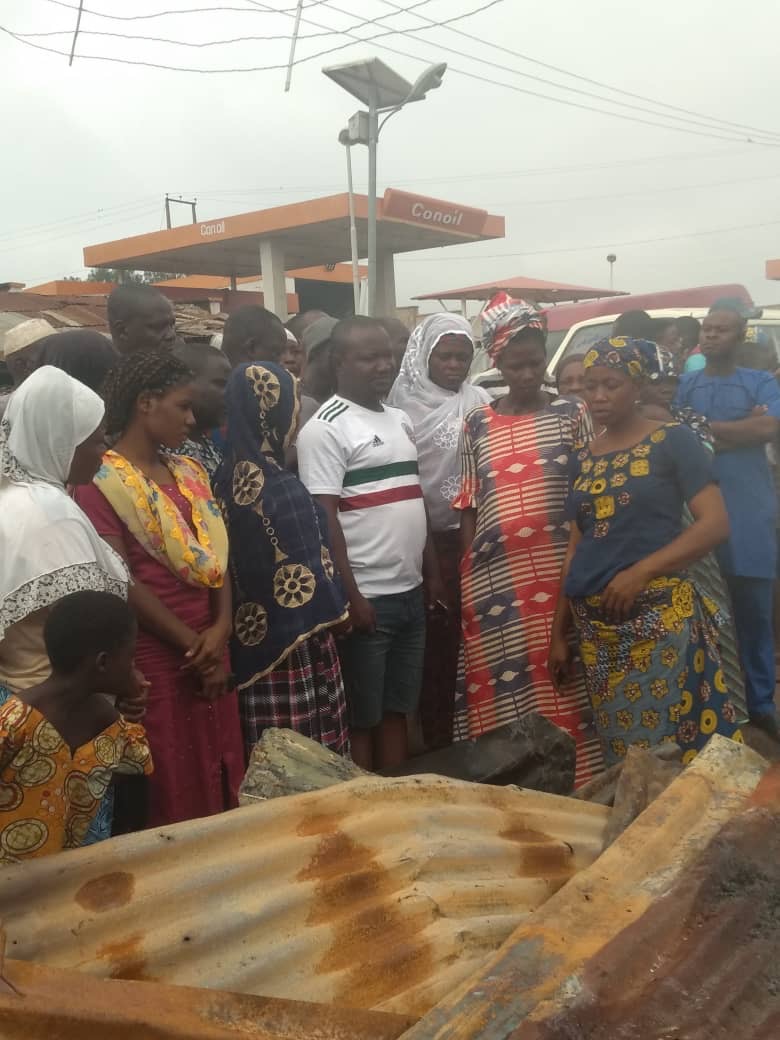 The lawmaker representing Ibadan North East State Constituency I, in Oyo state, Hon. Olamide Akinajo on Saturday visited the victims of Orita-aperin fire outbreak, where shops and good worth millions on Naira were destroyed.

Earlier, the Babaloja of Orita-Aperin market, Abiodun Hammed who narrated the ugly incident to journalists at the scene of the incident said that goods worth millions of naira was lost to the inferno, adding that the cause of the incident was yet to be known.

According to him ‘the fire started by 12 midnight on Friday, and we immediately called on Oyo State Fire Service but unfortunately, when they got here, the norsel of their truck was not functioning, so we have to resolve to self help by putting out the fire ourselves, or else, the lost would have been more than this.

He however appealed to the Oyo State government to come to their aids because the loss was too much for the victim to bear.

One of the victim, who’s shops was also affected by the fire, Latifat Adegbola appealled to the Oyo State government to assist them financially because the money they used to buy the affected goods was collected based on interest.

“All my goods has been consumed by fire and the remaining ones are useless, we are calling on the state government to come to our aids so that we can survive.”

Also speaking to news men was a pepper and onion seller, Mariam Oladepo, who said she lost a goods worth one hundred thousand to the inferno, adding that her shop has been raised by the fire and nothing remain for her and her childreen to feed on again.

The market women however alledged that the fire would have not gone to that extent if the Oyo State Fire Servce truck that was deployed to the scene of the incident function properly.