Makinde Has The Capacity To Tackle Insecurity In Oyo -LGSC Boss 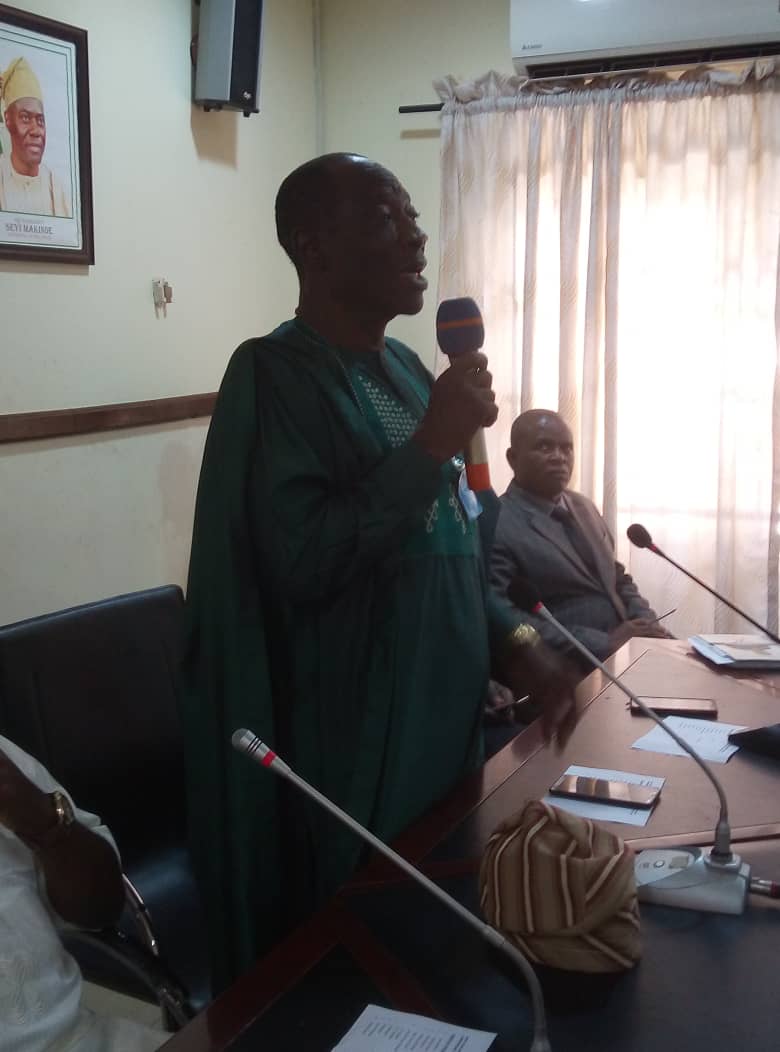 The head of Oyo State Local Government Service Commission, Hon. Aderemi Ayodele has reiterated that the spate of insecurity being witnessed in the state currently would soon become a thing of the past, as the Pacesetter Governor, Engr. Seyi Makinde has put all machineries in motion to nip it in the bud.

A statement signed by Director of Education and Social Services, Oyo State Local Government Service Commission, Mr. Adeola Oduola, indicated that he stated this while addressing the political functionaries and staff of the Commission, during the new year special prayer session held at the Conference Room of the agency on Tuesday.

“There’s no doubt that there is a wave of insecurity all over the nation at this point in time, but I need to give a specific attention to the one in our constituency, which is Oyo State. I therefore want to assure you that all the flashpoints in the state in general and Ibadan in particular are already identified ; and as we are not unaware, a local issue like this will definitely require a local antidote. In a nutshell, a special solution aimed at tackling this menace has been designed by our Governor, and very soon all *areas will be cool and calm*, ” Hon. Ayodele said.

Honourable Aderemi Ayodele further stated that “Engr. Seyi Makinde is not the type that engages in frivolity or propaganda, rather, he believes in actions that will yield positive results; and when positive results stare you in the face, how can you controvert it? I can say without any equivocation that by the time this administration clocks two years in office, a lot of Projects will be begging for commissioning, ” he posited.

” It is equally worthy of note that the series of achievements being recorded by the Engr Seyi Makinde – led administration is giving his detractors sleepless nights, and once the tangible achievements can not be demurred, they will definitely resort to other forms of blackmail. Ipso facto, there won’t be any room for the opposition come 2023,” Hon. Ayodele declared. 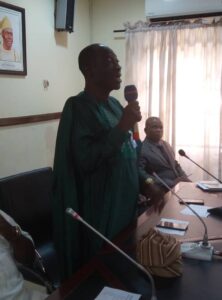 While appreciating God for His faithfulness, love and kindness to Nigeria, Oyo State and the Commission, Hon. Remi Ayodele observed that his agency did not lose any member of staff in the immediate past year. He then lauded the Board members, management team and staff for their unalloyed loyalty towards moving the state to a higher pedestal, and particularly improving on the Service at the local government level.

While rounding off his new year charge, Hon Ayodele prayed that the new year would usher in good things to the staff, culminating in celebrations among them, and that when the new office complex of the Commission is completed and inaugurated by His Excellency this year, none of them would be missing as a result of death. He then prayed for divine wisdom, strength and guidance for His Excellency and his cabinet members, as well as peace, progress and prosperity for the Pacesetter State, so that it would continue to maintain its pride of place in the country.

Highlights of the event included praise and worship in both Islamic and Christian ways, special prayers for the State, the Commission and local government staff in general led by Pastor Bankole Johnson and Alfa Muideen Lawal (Konibaje of Oyo State), while encomiums were also showered on Engr Seyi Makinde – led administration by some of the workers who spoke on the occasion; Taiwo Jimoh, Isola Okanlawon, Ife Oluwa Arewa and the NULGE acting
Chairman, Bankole Johnson. 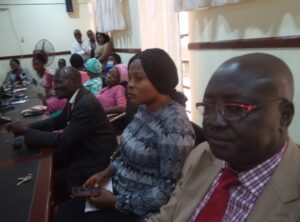 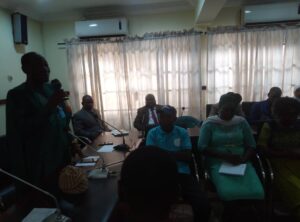 In his vote of thanks, the Commission’s Permanent Secretary, Mr. Akin Funmilayo, equally appreciated the good Lord for His mercy and kindness to the State and the people at the helm of affairs. He further lauded Engr. Makinde for approving the resuscitation of human capacity building for the personnel in the Local Government Service, thereby appealing to the staff of the Commission and local government personnel in general to reciprocate the kind gesture of His Excellency, Engr Seyi Makinde, who has been so good to the workers in the state, by making life very meaningful and comfortable to them.

“We have never had it so good like this in the Pacesetter State, and particularly in the Local Government Service, especially in terms of elevation of our people to the peak of their career; and to whom much is given much is equally expected. Invariably, you need to be more dedicated, committed and and diligent in carrying out your official assignments this year. Make it a point of duty to contribute your own quota to the development and progress of both the service and our dear state, ” Mr. Funmilayo solicited.

The new year special prayer which is an annual event organized by the Oyo State Local Government Service Commission, to mark the beginning of a new working year, had in attendance the Board members, management team, branch NULGE Exco and other members of staff of the Commission.