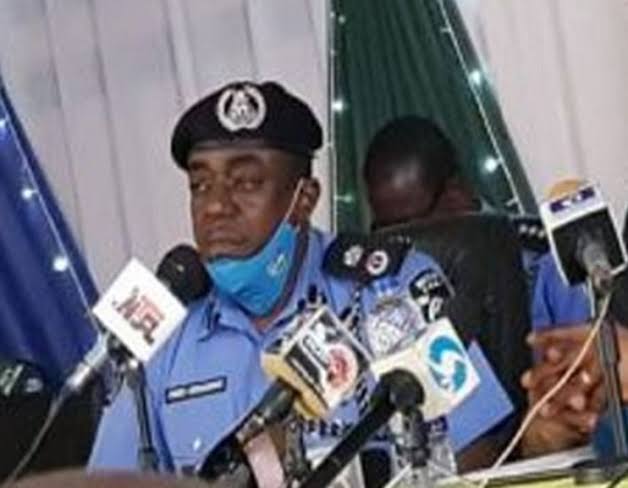 A senior correspondent with the Nigerian Tribune Newspapers, Mr Nurudeen Alimi, has petitioned the Oyo State Commissioner of Police, Joe Nwachukwu Enwowu, over the alleged  trafficking of his six year old son.
Alimi, in the letter submitted at the Commissioner of Police’s office on Friday, of which copies were made available to journalists in Ibadan, on Sunday, stated that sometime in October, 2017, he got a hint that his estranged wife, Mrs Kehinde Alimi, as they were still legally married at that time, but now known as Ms Kehinde Yusuff, visited the Nigerian Immigration Service, Oyo State Command alongside his son to procure an international passport with number A08706119 for him using another surname with the intent to take him out of the country without his consent.
Alimi, further said:”I was reliably informed by the officers of the Nigerian Immigration Service after thorough investigation into the matter that Ms Yusff had surreptitiously obtained a new birth certificate with different surname for my son and presented same for the process of procuring the said international passport.
“She connived with one Mr Victor Adaramoye to change my son’s surname on the data page of the international passport. They actually changed the name to bear Adaramoye as surname against his original surname, Alimi. Ms Yusuff, presented Mr Victor Adaramoye as the father of my son as his name appeared on the application form and a consent letter as required by law in the process of applying for international passport for minors was written by Mr Victor Adaramoye claiming to be the father of my son, who was just 4 years old at that time.
“I am confused and baffled by this callous act of my ex-wife who at that time took my son from my lawful custody with the sole aim of trafficking him to a particular destination known to him and Mr Victor Adaramoye.”
He futher informed that the reason he is seeking approval for the reopening of the matter is that the terms with which the case which is under investigation at the Anti-Kidnapping Sqaud, Oyo State Police Command, Eleyele, Ibadan, was suspended has been/being disregarded by Ms Kehinde Yusuff, and this simply suggested that she and her cohort, Mr Victor Adaramoye still have the intention of taking his son, away as the young boy is still in the custody of Ms Kehinde Yusuff, who is presently living with another man and already had a child for him.
Alimi, however, concluded in the letter that: “It is therefore, on this note, that I urge you to use your good office to direct the reopening of investigation into the above complaints and bring both Ms Kehinde Yusuff and her cohort, Mr Victor Adaramoye to book in the interest of justice and to further prevent the trafficking of my son, to an unknown destination.”