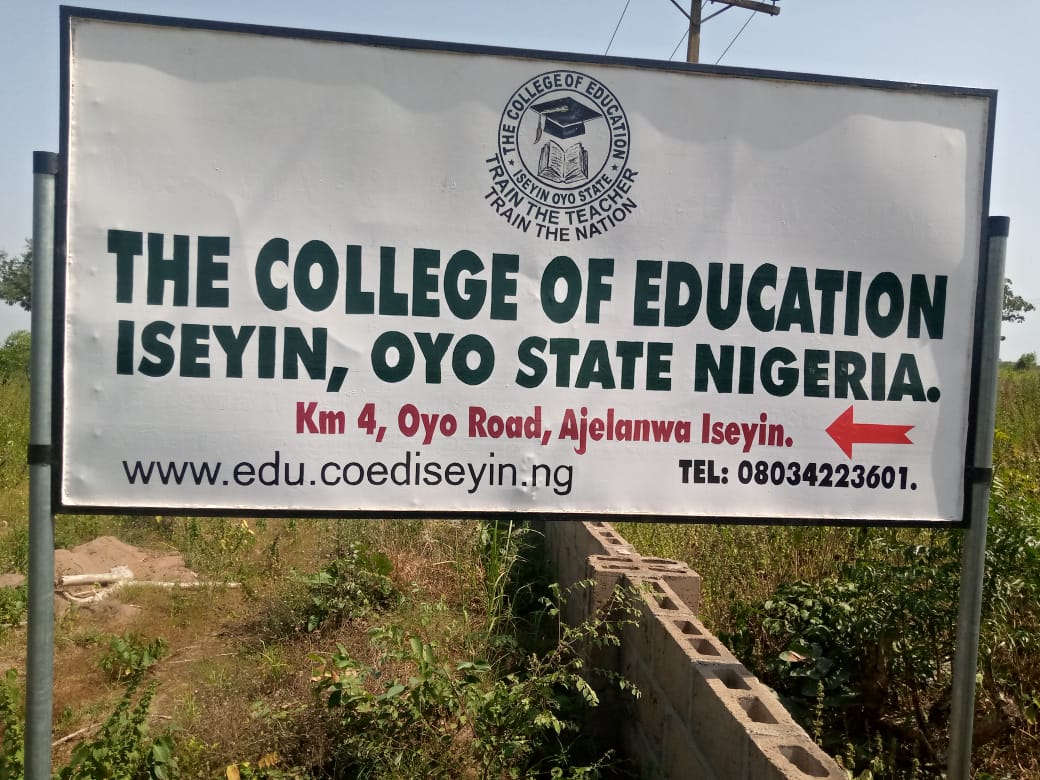 National Commission For Colleges Of Education(NCCE) has granted approval to the College of Education, located at Kilometers 4, Oyo Road, Ajelanwa, Iseyin, Oke-Ogun axis of Oyo State.
Dr Umar Adamu Kwami, Director, Academic Programmes Department of NCCE granted this approval in a letter with Reference Number: NCCE/AP/GC/43/V.7/126, dated 7th September, 2022 and had it directed to the Proprietor and Chairman,  Governing Board of the academic institution, Mr Owosenj Adewale.
It would be recalled that same Oyo State Government via the Ministry of Education, Science and Technology was around march, 2022  placed embargo on the College of Education from proceeding with academic activities, after it had claimed to have received petition challenging  genuineness of the school.
The letter stressed that the College of Education in  Iseyin is allowed to start academic operation as a College of Education after NCCE had acknowledged receipt of the letter of application along with the Remita Receipt(RRR.3006-9555-5925).
NCCE however asked the academic institution to invite it for a Resource Inspection Visit to the  proposed college whenever the Proprietor and Chairman, Governing Council is ready.
also see:

In lieu of this, the Ministry of Eduction, Science and Technology, Oyo State Government has shown regard for acknowledgement of the letter that the College of Education received from NCCE in respect of the approval.
Mr O. Akanji in a letter with the title” Re: Letter to Show Genuineness of Our Institution” signed on behalf of Honourable Commission and directed to the proprietor of the school showed the receipt of information on the commencement of the process of getting the academic institution registered as stated by NCCE.
Oyo State Government however advised the institution to put in all efforts and resources needed to complete the statutory registration as directed by the regulated body of NCCE, Abuja.
While speaking with news men, the Proprietor and Chairman, Governing Board, Mr Owoseni Adewale thanked God Almighty for making the project a reality, adding that he has  cause to glorify God after many obvious challenges that  posed like impediments to hinder the possibility of long dreamt ambition.
Adewale however promised  to work in line with directives stated by NCCE and also take to pieces of advice given by Oyo State Government in order to attain smooth and perfect academic programmes.