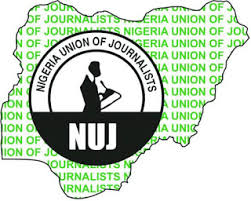 Oladapo hinted that the sponsor of the programme, Hon. Shina Peller will be in attendance alongside other members of the National Assembly, family,  friends and political associates.
The release quoted the NUJ Chairman, Alhaji Ademola Babalola as commending the lawmaker for leaving up to his promise of always sponsoring the Union’s Ramadan lecture for the fourth year running, annually.
Oladapo said Babalola also eulogised the Guest Lecturer and supporter of Journalists, Alhaji Akeugbagold for acceding to deliver the lecture despite the short notice.
The release admonished Journalists from across the NUJ media Chapels to arrive the venue and break fast together with the lawmaker alongside other notable Nigerians and the Isamic cleric on Monday.