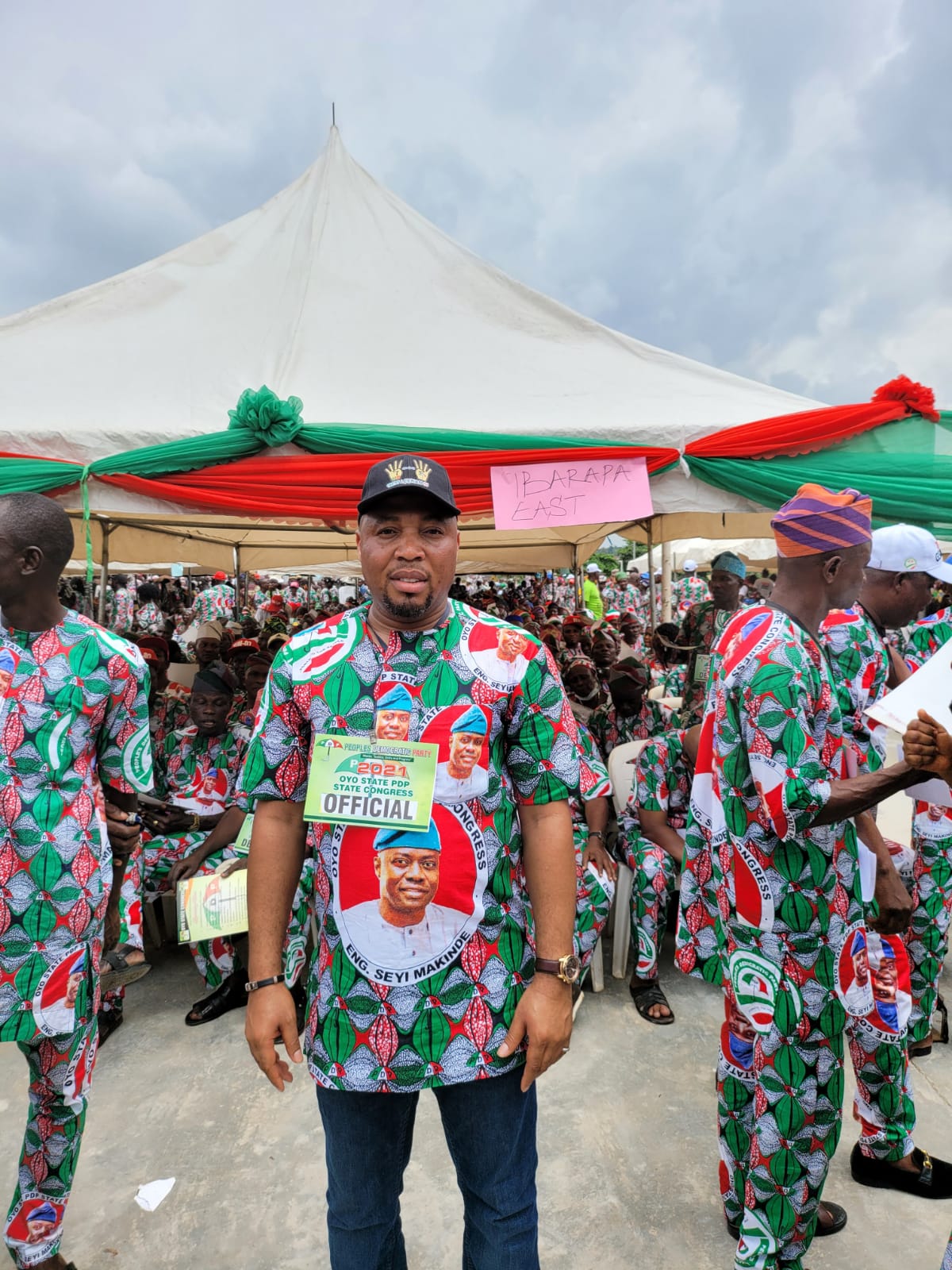 A candidate hopeful into Oyo State House of Assembly on the platform of the Peoples Democratic Party (PDP) in 2023 general elections, Honourable Abiodun Lateef Gbadamosi, on Monday, commended the state Governor, Engineer Seyi Makinde, state party Secretary, Honorable Wasiu Adeleke and other party stalwarts for the Saturday hitch-free congress.
PDP in Oyo state last Saturday elected state leadership, witnessed by members of the party across the 33 Local Government areas of the state.
Honourable Gbadamosi, who is aspiring for the office of Ibadan North West constituency in the state House of Assembly, said in a statement personally signed and made available to newsmen in Ibadan, that the state had since become a perfect emblem of peaceful politics in Nigeria.
He said the congress which was observed by delegation of the national Secretariat of the party and the officials of the Independent National Electoral Commission (INEC) was indication that the governor of the state, Engineer Makinde is a leader for all.
also see:

Honourable Gbadamosi, therefore, said the success recorded at the just concluded congresses of the party (PDP) is an indication that PDP is a party to beat in 2023.
He commended party faithful for their continued cooperation in sustaining a peaceful, united and strong political party in the state.
The grassroots politicians further charged elected executives to ensure that they justify the confidence reposed in them while they strive to maintain peaceful co-existence of members to enable the party become more desirable to others.
The statement also urged the aggrieved members of the party to consider sacrifices they have made in the past and return to the fold as the 2023 election is fast approaching.
End