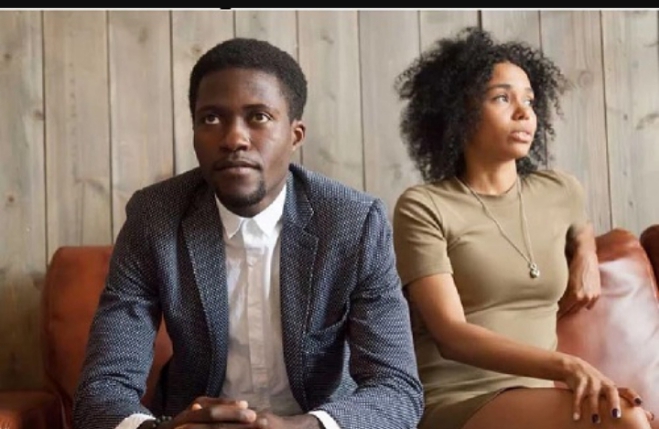 By Funmi Akingbade
This week, I would like to itemize some reasons married women find s3xual solace in the arms of other men. These articles and my counseling sessions are not  meant to castigate any spouse, but to provide an educative medium and serve as an eye-opener to things affecting marriages.
Besides, through it, I have been able to restore incalculable broken homes and bring back relationships that have been written off as hopeless, for over two decades.
Let me quickly share the tales of two married women who gave permission to alert our husbands on reasons married women fall into the next available arms.
Case One. Mrs. Loveth is married to a Nigeria-based contractor; they have been married for 15 years with two children, but her husband stays more at his office than home. Some of her friends who saw the level of negligence advised her to try out other men in order to have chances of getting s3xual satisfaction.
She went ahead and got a younger man, housed him, fed him, clothed him. He, for his part, gave her unimaginable s3xual treats and service day and night. She still treasures those memories till date.
Why did you have to go to such a demeaning extent I asked? She said: “I was dying for a man’s touch, for a man’s voice whispering s3xy things to keep me alive. I once pleaded with my husband. His only response was ‘you are jobless, that’s why you only think of s3x’. Do you know that I could decide to be a lesbian without the knowledge of my husband? However, I wanted s3x with real men, and since he denies me, I went out.’
Case Two. A high cultured university lecturer was in my office at about the closing hour who felt really embarrassed with respect to the circumstance for which she was seeking consultation.
Her husband has been away in the U.S. for the past five years, and she had fought loneliness with all sorts of s3x toys to the extent that she cannot feel sensation on her clitoris again due to numbness.  She even enrolled for a degree course just to beat loneliness – all to no avail. Instead, she craves for a man’s touch, for erotic escapades.
Against her wish, she succumbed to the advances of another man who not only satisfied her all the s3xual cravings, but also awakened the tigress in her. Now her husband is not only back but he’s not as s3xually vibrant as her new partner. Her purpose for visiting my office was to discuss how to handle the situation.
also see:

So why does a married woman seek s3xual pleasure in the arm of another man? When a married woman is s3xually neglected, deserted, abandoned, ignored, and forsaken, she falls into the arms of the next available sympathiser.
Husbands should be aware that men and women have s3xual needs, desires, attractions, tastes, and fantasies. It is a mirage to assume that the wife is only at the receiving end; she must submissively obey, and carry out the demands of her husband, ignoring the fact that she also needs to exhibit her s3xual expression!
God made both man and woman beings with similar s3xual chemistry called hormones.  The s3xual instinct of a man is God-made, but ‘He’ wants the preservation of s3x to be within the four walls of marriage. However, when endless business trips, long-distance relationships, prolonged office hours, marathon fasting, and prayer sessions are the order of the day in your marriage, there’s a need for balancing.
From my personal experience and interactions with many couples, I have discovered that s3x and money are the two most important ingredients in a marriage. When the two are present, a marriage enjoys unqualified bliss but when any of the two are missing, just one outcome is possible: unending crises.
Reason two. A woman’s heart is her first bedroom for s3x, space is provided for any one who gives attention to her heart.  Ladies, in general, have an insatiable appetite for attention, approval, affirmation, and devotion. The never-ending search for attention and affection makes a married woman find adventure in the arms of other men. Nothing wears down the immune system of the s3x bed like a husband being too busy to spend time alone with his wife. Love and s3x for a wife are spelt A-T-T-E-N-T-I-O-N and A-F-F-E-C-T-I-O-N.
No matter what you do for her, she still requires your time. To deny her attention is to jeopardize your s3x bed and create room for another man to step into the bedroom.  Love to a married woman is more than a game, it is life. A woman would give everything she has to have a marriage that works and a home that is the envy of everyone! A woman is ready to invest all her life to possess her dream home.
No matter how much a husband cares if he doesn’t communicate in action, the wife still feels unloved. There is a desire within every wife to share her greatest dreams, deepest desires, innermost thoughts, and heartfelt needs with the man she married. When a wife says to her husband, “please talk to me now,” she’s pleading for heartfelt intimacy. Unfortunately, it is an effort many husbands do not make.
A recent survey showed that 86 percent of women that seek s3xual pleasure outside their marriage did so because the other man gave them attention and affection. To have a healthy s3x bed, the husband must make time to give a few minutes’ attention to his wife. Talk, listen and respond in love to her, try as much as possible to be as good, as caring, as supportive, and as understanding as possible. Continue the courtesies of courtship in marriage; do things that will secure her faithfulness at all times.
Let your main objective be to continually study her, learn to know her, grow with her and protect her. Sometimes you both need to sit together and make reappraisals to see how you are doing in the relationship. Genuinely ask her about the things that both of you need to do in order to have a trustworthy s3x bed.
Obviously, during the time of courtship, men, like hunters, relentlessly pursue their prey and after marriage, they take the same prey for granted. You should not take your woman for granted because the monotony may send her into someone else’s arms. Keep love and affection growing by expressing love for your wife or it will die and both of you will not only drift apart, the next available confidant would have the best of s3x with her.
Spend as much time as possible doing things together with her, learn to greet her with enthusiasm. Such acts of courtesy were some of the reasons she chose to spend the rest of her life with you.