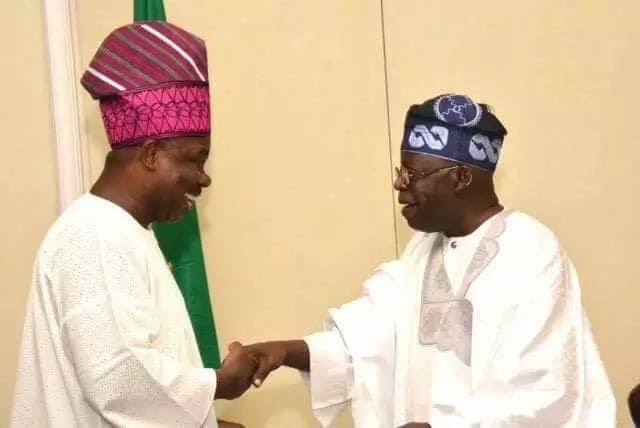 Real Progressives (TRP), a group within Oyo State Chapter of the All Progressives Congress(APC) has described the purported merger of camps of a former Governors of Lagos State, Senator Bola Ahmed Tinubu and a Ibikunle former governor of Ogun State, Senator Ibikunle Amosun in Oyo state with the intention of hijacking the party structure as Dead on Arrival.
The State Coordinator of the group, Hon. Oladokun Isa, in a statement made available to oyoecho on Friday morning, accused the loyalists of the former governors of scheming to upturn the July 31st 2021 APC ward congresses held in 351 wards of the state.
The move, according to the group, is to subvert the choices of teeming party members who participated in democratic elections of their ward executives.
also see:

Parts of the statement reads:“The 2023 Memorandum of Understanding is catalysing them to be desperate in hijacking the party structure in Oyo State. To actualise the clandestine mission, one of the 2023 gubernatorial aspirants has been scheduled to meet with national leader of the party, Asiwaju Bola Ahmed Tinubu in London“.
“We are reminding the loyalists of the former governors to embrace transparent means of getting their ambitions materialised, instead of subverting the choices of the party faithfuls through backdoor. Politics is local, therefore there is no point seeking foreign interventions in our domestic affairs”.
“It was feasible and audible to the deaf that APC had peaceful and non-parallel ward congresses across the 351 wards in Oyo State, why should over-ambitious aspirants conspire to upturn the free, fair and transparent congresses held on July 31st 2021?”.
“Considering the pedigrees of the two former governors, the duo will not be parties to fraudulent means of hijacking party structure in Oyo State. We warn the merged camps to act in line with democratic tenets and completely refrain from subverting the mandate of the people”.
“We should not forget in a hurry, the factors that led to downfall of the party in 2019 general elections. Notably we failed to play the game according to the rules of engagement. We do not want to suffer another defeat in 2023; that is why we are calling on those fanning ember of discord to refrain from such because a stitch in time saves nine”.