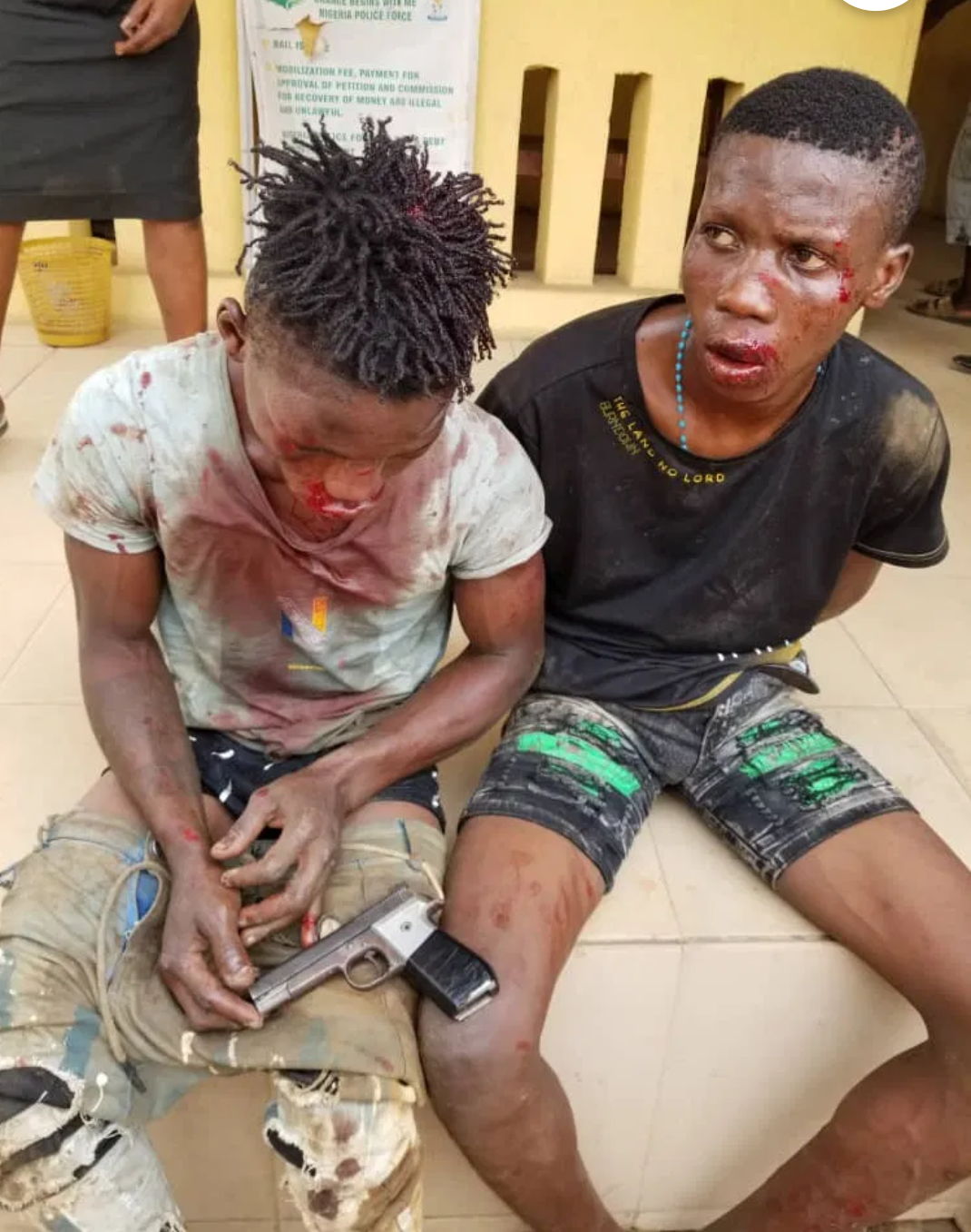 The duo identify has Gbolahan Adebowale, male, 18, and Quadri Giwa Ajina, male, 21, were arrested about 1.30 pm during an operation carried out by the Police attached to Sagamu Road Division, Ikorodu.

The Police however saved the suspects from being lynched by a mob just as a barrette pistol was recovered from the suspects.

The Commissioner for Police, CP Hakeem Odumosu has ordered that they should be moved to the state Criminal Investigation Department CID, for proper investigation.