...says those behind such move are fake progressives 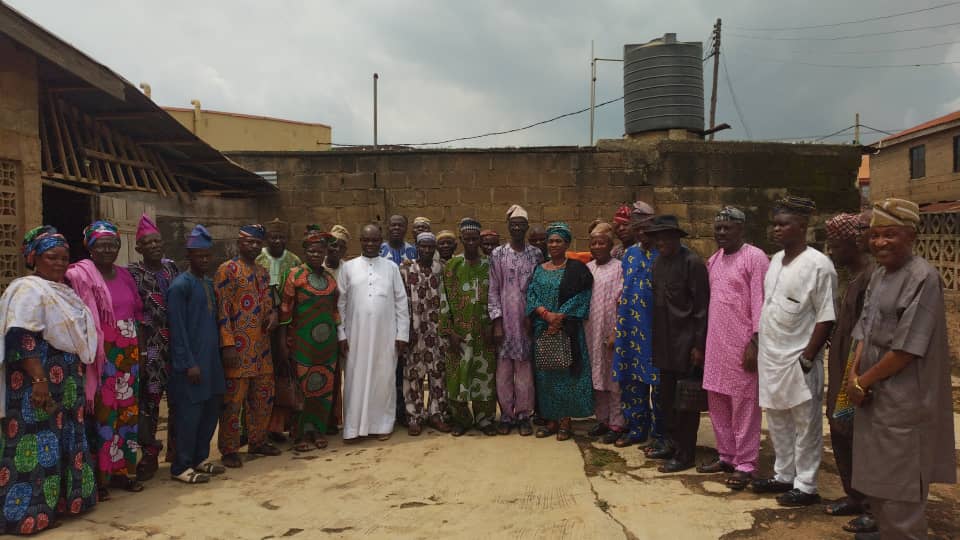 A team of critical stakeholders within the All Progressives Congress (APC) in Egbeda Local Government area of Oyo state has restated its commitment to unity, peace and progress in the party stressing that it was time for all hands to be on deck for the success of the former governor of Lagos state and the presidential candidate of the party, Senator Bola Ahmed Tinubu, in the forthcoming 2023 poll.
Among party chieftains and leaders who were present at the meeting are; Pa Mustapha Oke, Hon. Gbenga Fawole, Pa Saka Owolabi, Alhaji Rasaq Folorunso, Alhaji Wasiu Olawale Sadare, Pa David Akinbaloye, Alhaja Folasade Adesanya, Alhaja Halimot Ajimoti, Mrs Tolulope Iwaloye, Deacon Abiodun Popoola, Alhaji Lukman Akinpelu, Mr. Adetola Adetona, Mrs Romoke Ajayi among others.
The stakeholders, who were drawn from all the 11 Wards in the Local Government Area and which included party leaders, chieftains and members, held a meeting on Tuesday at Isebi-Alakia area of Ibadan and they came up with a number of resolutions as contained in a Communique issued at the end of the meeting which was convened by the trio of Deacon Segun Oyediran, Catechist Matthew Akinwalere and Alhaji Rufai Olayiwola.
The concerned stakeholders state in the said communique that they had resolved to keep faith with the broom party despite having a number of grievances occasioned by the unsatisfactory conduct of the 2021 party congresses and the recent primaries expected to produce election-winning candidates for the 2023 general election.
also see:

“Despite the fact that we have genuine reasons to be disenchanted particularly as most party faithful feel dissatisfied with the way and manner which both the party congresses and primaries have been conducted so far but we still have the belief that the leadership of the party would look into certain established cases of unfair treatment against some loyal party members who participated in the exercises and thus heal some fresh wounds.
“We use this opportunity to condemn the call by some divisive elements who want to take an advantage of the palpable crisis within Oyo APC at the moment to lead some unsuspecting members astray. Those behind such move have exposed themselves as fake progressives who do not mean well for the party and the society as a whole because they are out to pursue personal goals characterised by selfishness and insincerity. Therefore, we dissociate ourselves from any plan to leave the APC for any other political party.
“Pointedly, we express our sincere gratitude to God almighty for the emergence of our national leader, Asiwaju Bola Ahmed Tinubu, as the presidential candidate of our great party in the next general election while we also use this medium to pledge our commitment to the realization of Tinubu presidency in 2023. We have been actively involved in all efforts to make him (Tinubu) succeed and moving forward, we shall leave no stone unturned to ensure total victory for the former governor of Lagos state who, we believe, would make a huge difference if allowed to rule the country.
“However, we call on the Sen. Abdullahi Adamu-led National Working Committee of the APC and the presidential candidate of our great party, Sen. Bola Ahmed Tinubu, to work out a blueprint capable of resolving all the crisis affecting Oyo APC in view of the fact that all eyes are now on the broom party to rescue the Pacesetter state from the shackles of bad governance and maladministration being currently experienced the the people.” The APC stakeholders submitted.