Why I Am Seeking PDP National Vice Chair Re-election – Olafeso 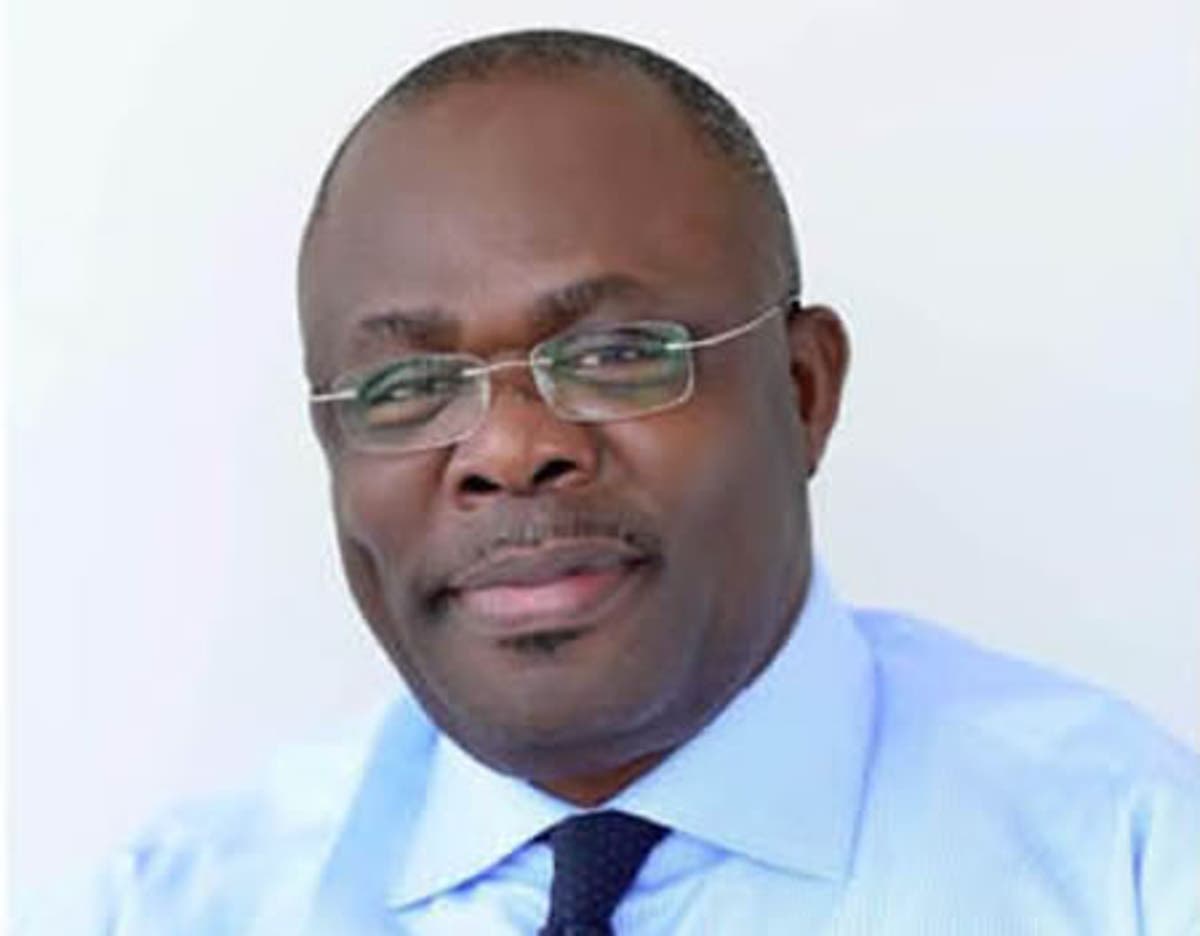 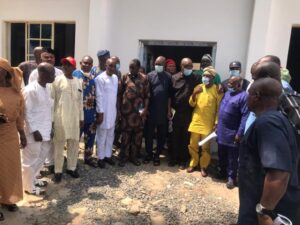 The immediate past chairman of the Peoples Democratic Party (PDP) in the Southwest, Chief Eddy Olafeso, on Friday, met with Members of the State Executive Committee and Local Government Chairmen of the PDP in Ondo State to seek their supports ahead of the Southwest Zonal Congress of the Party.
Oyoechonews reports that the South-West PDP is expected to hold its Congress to elect leaders of the party at a date to be fixed by the National Body of the Party this month (February 2021).
Olafeso who is seeking a second term for the office of the National Vice Chairman of the party in Southwest decided to return home to seek the support of his people after receiving the backing of prominent leaders of the PDP in five states of the Southwest which includes Oyo, Ekiti, Osun, Ogun and Lagos State respectively following his aggressive campaign and political tour to the affected states.
Chief Olafeso urged the PDP principal officers in the state to support his aspiration of becoming the
National Vice Chairman of the party at the PDP secretariat in Akure, the Ondo State capital.
The outspoken Olafeso said he is seeking a second term as the National Vice Chairman of the party because prominent leaders of the party in the Southwest want the structure of the party under his leadership to be retained.
“It’s a great privilege to seek an audience with you and for coming to listen to our side of the story. The PDP remains the only hope of rebuilding a better Nigeria and that’s the reason many of us believes in it and we will continue to do so until our dying date.”
also see:

“The issue that brought me here is to reaffirm my commitment, loyalty and dedication to the party and to let you know that by the virtue of the Constitution of the PDP, I am running for the position of the National Vice Chairman of the party in the Southwest.
“We came on board on May 16, 2016. We were in court in five places across the zone and in Abuja. Two top cases in Lagos, one in Ado Ekiti, one in Ogun State and one in Abuja.”
“We ran that battle for two solid years, there was no moment we ever had to breathe and it took so many resources from us and in the final analysis, God gave us victory with the support of the former governor of Ekiti State, His Excellency, Dr Ayodele Fayose who provided all the resources at the Appeal Court and eventually we won and that was the only time late Buruji Kashamu was defeated in court in his entire life. May God rest his soul.”
“I was in the court all along at a time the Sheriff and Markafi crisis was on and at that time, we were in between fireworks. Kashamu was of the Sherrif stuff and Makarfi was the authentic caretaker chairman which we all supported. We fought that battle for a long time. Until November 18, 2018, we were never free to do anything. Ekiti Election was close to that time, ditto Osun and ditto Oyo State and so many challenges engulfed the southwest at that time and we were not afraid to put in our best amid all the challenges.”
“In Ekiti State, it was a brazen theft of mandate, In Osun, we won outright but because of the divide in the party where Omisore decided to back the ruling APC in the run-off election, which eventually led to our defeat in the court. Though it is public knowledge we won that election, you all know what happened in Osun State as regards the election and the court case.”
“Why I am saying this is that out of the four years given to us, we only spent two. But that is not the issue, the issue is that majority of the stakeholders of the party in the southwest preferred the leadership structure of the PDP to be left alone. But unfortunately, there was a meeting in Ibadan where many notable leaders of the party were not invited with a new decision that all the positions have been zoned against the majority decision of prominent leaders.

“This is what happened. We have heard different stories in the media that it is all about supremacy battle between Governor Seyi Makinde and former governor Fayose.”

“I am here to seek your support. I have been to other southwest states to seek their supports. I urge you to support capacity and competence. I don’t even know who is contesting against me yet. But I want you to compare and appraise both of us and vote for capacity,” he said.

Olafeso also debunked the rumour making the round that he would facilitate the dissolution of the state executives of the party in Ondo State if elected the National Vice Chairman in the southwest.

He also gave an account of previous national vice-chairmen of the party in the southwest who spent 8 years in offices to correct the impression that no one has ever spent more than four years in office.

Speaking on behalf of the State Body of the PDP in Ondo State, Hon. Fatai Adams, the PDP state chairman thanked Dr Olafeso for coming to seek the support of the State Executives.

“I have nothing to say rather than to pray for the will of God for your life to prevail on your ambition sir, the PDP chairman said.

He, however, used the occasion to debunk the rumour that the PDP in Ondo State is enmeshed in crisis. He said the party is united and not in crisis contrary to the rumour making the round.