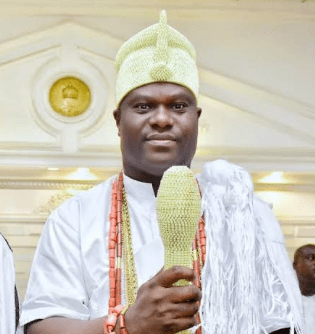 Some Yoruba Kings and traditionalists on Thursday appealed to the Ooni of Ife, His Imperial Majesty, Oba Eniitan Adeyeye Ogunwusi to forgive Sunday Adeyemo popularly called Sunday Igboho for some uncomplimentary remarks he made about a week ago.
Traditional leaders from the six states of the southwest states were in Ibadan to address the worsening security situation in all the six states of the South West zone.
The meeting was initiated by the Yoruba World Assembly led by Chief Taiye Ayorinde and the  Chairman Governing council of YWA and Secretary General, Dr Victor Taiwo.
Sunday Igboho had in two days ago attacked the Ooni of Ife, His Imperial Majesty, Oba Eniitan Adeyeye Ogunwusi alleging that he had collected huge amount of money from President Muhammadu Buhari when he visited him last week.
Speaking at the event, His Royal Majesty, Oba Moses Oladejo Oyediran, Ogunsua of Modakeke called on all traditionalists to put their ‘resources’ together to fight the common enemies in the region.
He said “We are the powers that our forefathers left for us. When these powers are there, why then should these aliens trample upon us. They came to us with sticks, clubs. If it was in the olden days, Oro will come out.” Yoruba have a lot of traditional security system but we don’t use it. If you have friends or relatives that you are not compatible with, then they stay away from you. Let us use the defense mechanism that we have. Let all the traditionalists come together; combine their powers to fight the common enemy.”
In his own comments, the Olowo of Owo,Oba Ajibade Gbadegesin who was represented by Professor Nelson Fashina said, “enough is enough. We can no longer tolerate kidnapping and killing of our people.
“What Governor Rotimi Akeredolu did was right when he banned grazing in our forest reserves.”
On his part, Chief Taiye Ayorinde said two women kidnap victims were recently raped, adding that One of the two women had her eyes plucked out while the other was beheaded after being subjected to serial rape by her abductors.
The Secretary General of YWA, Dr Victor Taiwo said he would eternally be grateful to Chief Sunday Adeyemo aka Igboho who took it upon himself to fight for his people.
“Victims of these attrocities cried loud to the traditional rulers, rich people, religion leaders, politicians but help didn’t come to them and then somebody like Igboho stood up to say enough is enough.”