2019: Why I recommended Sharafadeen Alli for Oyo Guber- Alaafin 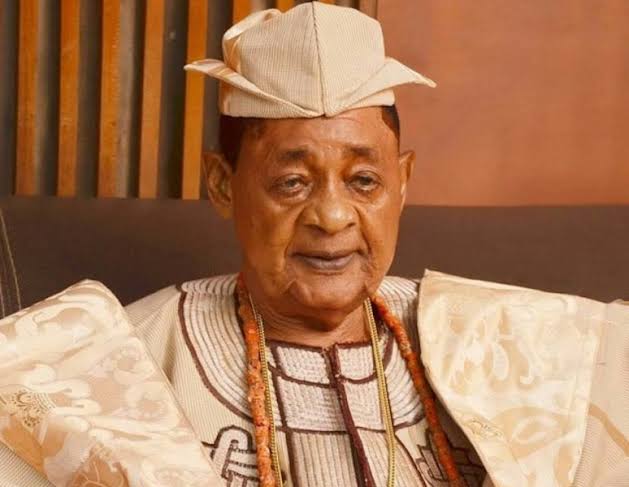 The Alaafin of Oyo, Oba Lamidi Olayiwola Adeyemi III has revealed why he recommended the gubernatorial candidate of the Zenith Labour Party (ZLP) Akogun Sharafadeen Alli for the people of Oyo state in the forthcoming governorship election in the state.

Alaafin said: “Sharafa is many things to me. He loves Alaafin so dearly and exhibited it on many occasions in the past. I have no doubt recommending him to you, the Oyomesis,” Alaafin said in Yoruba language.

Alaafin who spoke in parables was seen in the video clip when he hosted Alli in his palace, giving reasons why ZLP candidate could be trusted, even when the chips are down.

The permanent Chairman, Oyo state council of Obas and Chiefs, told his visitor: “Sharafa, you know what binds us. You and I know it.”
Turning his face towards the direction of Oyomesis (the kingmakers), Alaafin said, “Oyomesi, I will explain to you. He knows what binds us together. One can be in government and not responsible. He may be lacking in Omoluabi. But Sharafa is a reliable son with quality and all traits of Omoluabi behaviour in his blood.
“Sharafa is many things to me. He loves Alaafin so dearly and exhibited it on many occasions in the past. I have no doubt recommending him to you, the Oyomesis,” Alaafin said in Yoruba language.
Alaafin who narrated a particular incidence of the past and the mediatory roles Alli played, said “I didn’t forget those moments in my life and he might have forgotten what he did, but it was a defining moment for me.
“From that day, Sharafa had received the blessings of the ancestors and it is just starting afresh today because what he is looking for, God will grant him.
“He understands what I am saying, the same way I do. He is a wonderful guy imbued with wisdom,” the monarch added.
Alaafin who offered prayer from Ifa copus for Sharafadeen Alli’s ambition, said “you will excel and succeed in this great task.
Alaafin said he had no regrets with the prayers he offered to Alli from the bottom of his heart, stressing that his past and more importantly, Alli’s love for him when it mattered, made him to do so.
Recalling the gun attack on Alli by suspected and yet-to-be apprehended assailants at the palace of Olubadan in 2018, Alaafin said it was a mystery that the ZLP gubernatorial Candidate escaped death, though by the whiskers.
He queried comments in certain quarters that Alli planned the gun attack, saying only a mad man would cause another person to shoot him, to make political score.
Alaafin told the ZLP entourage to be cautious and engage in issues based campaign and dwell more on what they want to do differently to make life more abundant for the people of the state.
Earlier, Alli had said he was in the palace to pay homage and avail the monarch of his programmes for the people of the state if given the chance as the next Governor of the state.