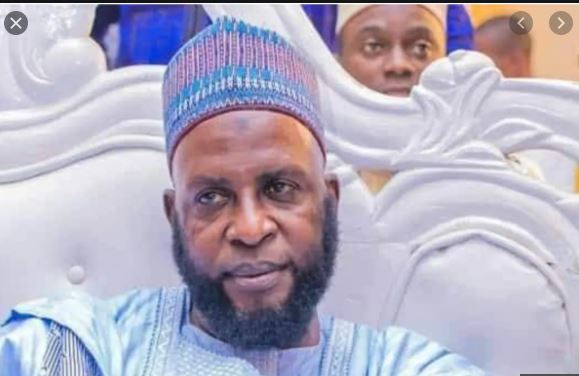 Justice Elijah Taiwo of an Oyo State High Court sitting in Oyo Town, on Monday ordered immediate release of Mr Azeez Akintunde a younger brother of a Islamic cleric,  Sheikh Akeugbagold Taofeeq and also awarded N100 million as compensation for him over alleged  unlawful arrest.
Akintunde was arrested by military personnel on Nov. 18, 2021 around 6.00 a.m at his residence, Alhaja Sara Street, Cele area of Oyo Town and still in DIA detention.
Akintunde who challenged the arrest through his counsel, Dr Adebayo Shittu (SAN) and Dr Adeola Omotunde (SAN) against Maj.Gen. S.A. Adebayo (CDI); Defence Intelligence Agency (DIA) and the Attorney-General of Federation said arrest of his client was unlawful.
The judge said the compensation was in favour of the claimant against the first and second respondents for the unlawful arrest, detention and intimidation of the claimant.
Taiwo who describes the businessman’s arrest as “illegal and unconstitutional, ordered his immediate release by the DIA.
The claimant’s counsel had urged the court to declare the arrest, continuous detention and harassment of Akintude by the first and second respondents as illegal and violation of his fundamental human rights, as guarantee by the Constitution and order his release.
Taiwo, in the judgment, said: “Having resolved all the four issues in favour of the applicant, I hereby declare and make the following orders:
“That the arrest, detention, continuous harassment, intimidation and incessant invitation of the applicant by first and second respondent on Nov.18, 2021 and other subsequent days as illegal, unconstitutional, unwarranted and a reckless infringement of the human rights.
“And, amounts to a breach of the applicant’s right to personal liberty as enshrined in Section 35 of the Constitution of the Federal Republic of Nigeria, 1999.
“That the act of assaulting, beating, torturing, subjection to inhuman and degrading treatment and act of brutality inflicted on the applicant on Nov.18, 2021 by the first and second respondent is a violation of the applicant’s right to dignity of human person.”

Yerima For President: He Won’t Impose Sharia On Nigerians – Aide