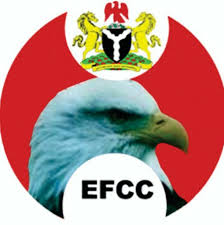 The Economic and Financial Crimes Commissions Commission (EFCC) has declared four people including a woman wanted for various fraud crimes.

The commission made the declaration on thrusday via there Twitter handle alongside the details of the four suspects. 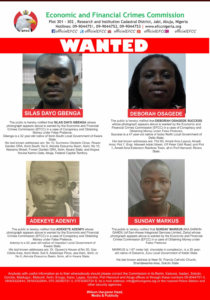 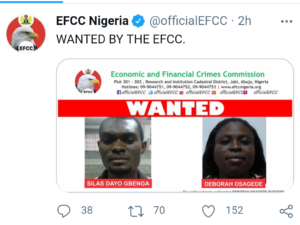