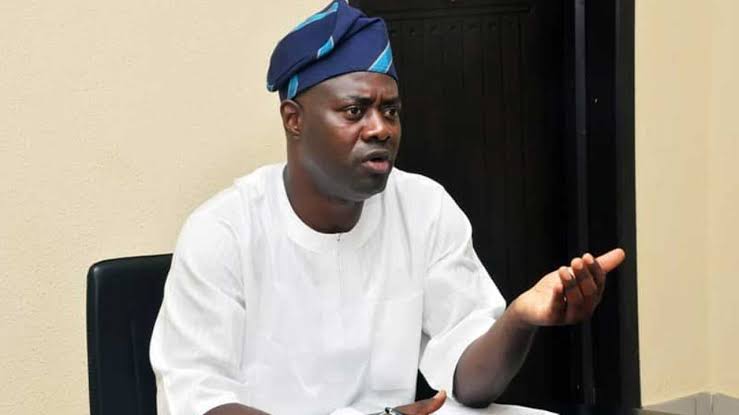 A factional group of the All Progressives Congress (APC) in Oyo state, APC reformer, on Thursday tackled the governor of the state,  Engr. Seyi Makinde for claiming N118million was disbursed to University College Hospital (UCH) Virology department.
The group said it is scandalous for Oyo government as UCH denied  receiving such amount of money, urging anti graft agencies to investigate and unravel the secret behind the money.
APC reformer in a statement signed  by its chairman, Chief Lowo Obisesan and secretary, Wasiu Olatubosun demanded holistic breakdown of N2.7 billion claimed by the Oyo government on covid from Makinde.
Makinde had on Wednesday said the state government had spent N2.7billion on the fight against covid 19 which according to the statement, N118million was used to equip UCH,  but the hospital denied receiving such amount of money from government.
also see:

According to the statement, it is unfortunate that despite grandstanding of the state government on the fight against covid 19, the number keep increasing in Oyo state.
The statement reads:”Since the beginning of the fourth republic, we have never had it bad as we are having today. The fight against covid 19 exposed that it is not good enough to have inexperienced individual at the helms of affairs.
“Makinde led administration has turned fight against covid 19 to business venture. For instance: we are aware of how producers of noise mask were rubbed by politicians in his government.
“Makinde and his co travelers said N118million was disbursed to University College Hospital which the hospital denied. The government also claimed it was College of Medicine which we are wondering which of them deserves to be given reimbursement to fight coronavirus.
“We therefore urge anti graft agencies to be on red alert to uncover massive fraud ongoing in our dear state on the fight against covid 19,” the statement said.