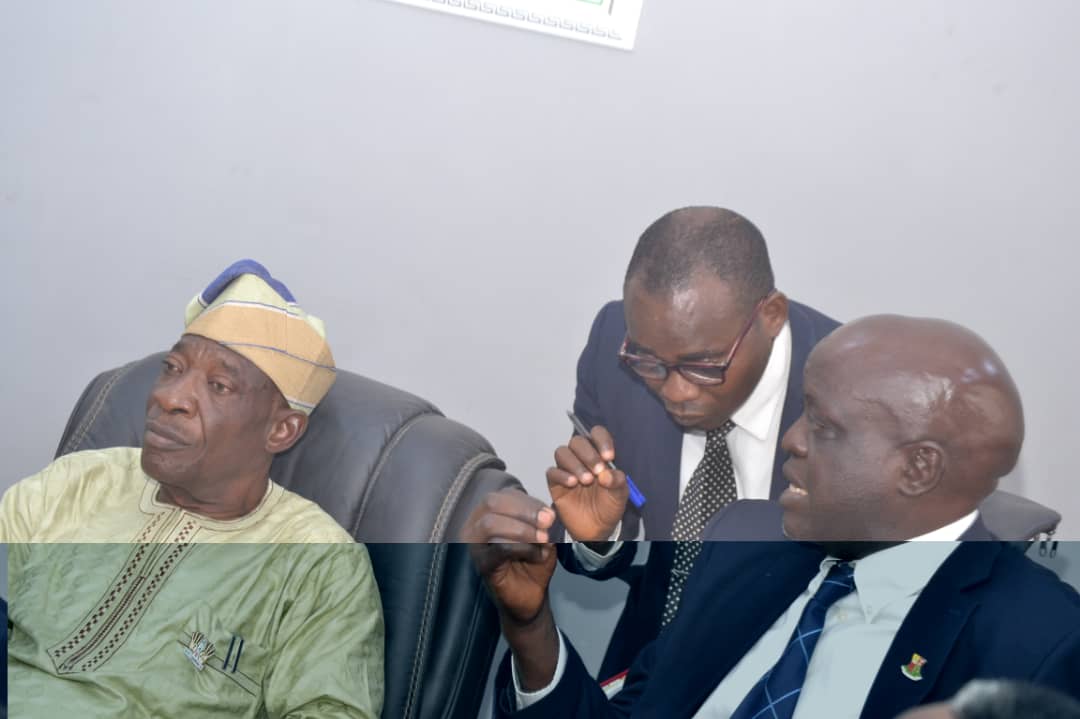 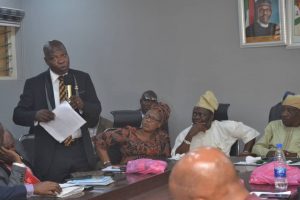 “It is very imperative that you as the most senior career officers in the  council areas across Oyo State rededicate yourselves to service, lay good examples for your subordinates to emulate, do due diligence, be transparent and honest in your day to day official transactions.”
This word of admonition was handed down by the Chairman, Oyo State Local Government Service Commission, Hon Remi Ayodele, to the heads/acting heads of local government administration in the Pacesetter State, during an official meeting they were summoned to by the commission, at the conference room of Water Corporation, Secretariat, Ibadan, Oyo State. 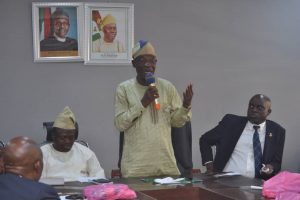 A statement by the Director of Education and Social Services, Adeola Oduola indicated that the meeting which was specifically meant to appreciate the council bosses for their efficient and effective service delivery at the grassroots, thereby complementing the state government’s effort in bringing good governance to the people, equally had as part of its agenda the need to appreciate God for His goodness and mercy to them all, show appreciation to His Excellency, Engr Seyi Makinde, for giving the third tier of government an enabling environment to operate, intimate them on the need to be up and doing, so as to reciprocate the Governor’s kind gesture, as well as the Commission’s resolve to redouble its effort on the capacity building of its workforce.
” At this juncture, I want to really appreciate our GSM for his humane disposition to issues and visionary leadership qualities being exhibited by him in the state, every achievement being recorded at the Commission today, and by extension at the local government level, is traceable to Governor Seyi Makinde’s magnanimity and humane behaviour. A very good indicator is the recent approval of new  consolidated salary scale for the HLGAs, together with the elevation of officers  to GL 17. Against this backdrop, you should not encourage any form of infraction or untoward behaviour that could give room for any regret on the part of government for doing so much for its workforce,” Hon Ayodele admonished.
While reminding the council bosses that leadership comes with sacrifice and responsibility, the Commission boss assured them that his agency would make use of egalitarian principles in discharging its duties.
also see:

Earlier in his opening remark, the Commission’s permanent secretary, Mr. Akin Funmilayo had hinted the HLGAs and acting HLGAs in the main local government and local council development areas respectively, that the Commission would introduce a new dimension to the capacity building of local government staff this year, so as to enhance value addition to the service as a whole. “It will be very preposterous on our part to be expending so much in organizing training and retraining for our officers without having much to show for it. The subsequent ones will be with robustness, without any room for distractions or truancy any longer, ” Mr. Funmilayo posited.
Other members of the Commission Board who equally contributed on the occasion were Alh. Akeem Taiwo Oke and Mrs Nike Arewa, while Deacon Taiwo Adewale, the  Chairman conference of HLGAs and HLGA Iwajowa LG, as well as Pastor Muyiwa Olaoye, HLGA Ido LG commented on behalf of the HLGAs and acting HLGAs, promising to improve on the service delivery at the local government level, help their political heads to succeed in office, as anything contrary would portray  them as bad managers, with the ultimate objective of complementing the good work of the State Government. 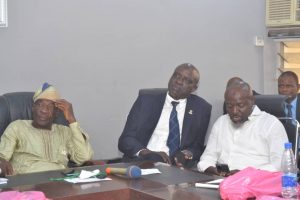 The crucial meeting which was the first to be held in the year, had a special prayer session in an Islamic and Christian way, led by Alh. Kola Kazeem, HLGA Saki West LG, and Mrs Ronke Ige, acting HLGA, Inukan LCDA, for the state government under Engr. Seyi Makinde, as well as the political and career heads of the Commission.
The occasion had in attendance the Full Time Commissioner 1, Alh. Najimdeen Oyedeji;  the director of administration and general services, Mr. Faith Solaja ; Alh. Ganiyu Wasiu, director of budget, planning, research and statistics; Mr. Adeola Oduola, director of education and social services, and other principal officers of the Commission.