Oyo People Are Expecting Us Back In Govt – Oyo APC 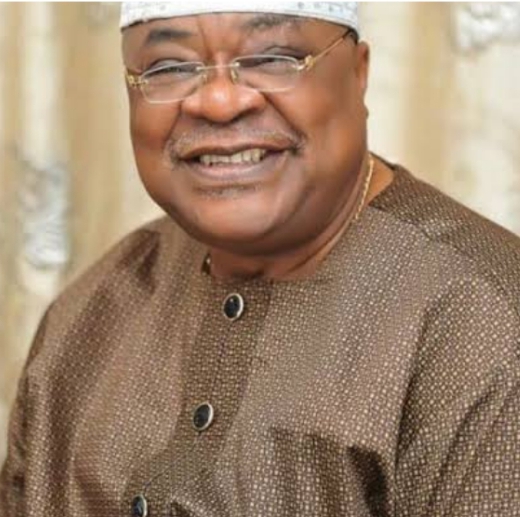 The stakeholders of All Progressives Congress in Oyo state have come up with a  unanimous decision to work together and ensure peace, fairness and adherence to the laid down guidelines in the conduct of the forthcoming Congresses of the party across the state.
This resolve formed the conclusion reached at the stakeholders meeting  of the party held today at Lafia Hotel, Ibadan in a preparation for the nationwide Congresses of the APC starting on July 24, 2021 with the Ward Congress.
In a statement issued by Olawale Sadare who is the Personal Assistant (Media) to the State Caretaker Committee Chairman, Chief Akin Oke, Oyo APC stakeholders would not leave any stone unturned to ensure total adherence to the guidelines released from the national secretariat of the party in the conduct of the Congresses “as only this would be solidify the confidence of all party faithful and also pave the way for post-congress unity and harmony as desired.
“The state chairman set the tone for the harmonization of positions from all the stakeholders who attended the meeting as he said in his opening remarks that the leadership of the party would not give room for any undemocratic conduct from any quarters before, during and after the Congresses. He also assured party members to remain focused and accommodate one another without any recourse to what had happened in the past.
His words; “We are fascinated by the turn out of critical stakeholders and the calibre of party stalwarts in this all-important meeting which was organized to enable us forge a common front ahead of the forthcoming Congresses of our great Party. I am therefore using this opportunity to assure all party faithful of transparency and fairness in the conduct of the Congresses which we intend to use as a threshold for us to reclaim power in 2023. Now is the time for everyone to go to their Wards and sort things out democratically and harmoniously.” Oke stated.
also see:

In his own remarks, former governor of the state, Otunba Adebayo Alao-Akala, also sued for peace and understanding among gladiators and their supporters as he observed that unity, trust and hardwork were required from all to strengthen Oyo APC. “The good people of the state are expecting much from us in APC as they can’t wait to have us in power again following the many disappointments they have got in the hands of the present PDP administration.
“Therefore, all hands must be on deck to justify the confidence reposed in us. All we are asking all leaders, chieftains and members to do is to cooperate among themselves and fashion out acceptable modalities with which we could achieve the desired success at the end of the day. As you have had from Chief Oke, let’s us all go to our individual Wards and participate in the exercise as mature minds and democrats which we are.
Other speakers at the meeting include former Minister of Communications, Barrister Adebayo Shittu, Chief Kazeem Raji and Hon. Isiaka Kazeem spoke in support of the motion moved by the party chairman as they agreed on allowing stakeholders in each of the 351 Wards across the state to sort out things in relation to the planned July 24 Congresses at the Ward level. It then became a consensus opinion which attendees accepted and ratified for the planned exercise.
Stakeholders at the meeting include; the Honourable Minister of Sports and Youth Development, Chief Sunday Dare, Chief Iyiola Oladokun, Chief Moses Alake-Adeyemo, Sen  AbdulFatai Buhari, Sen. Ayoade Adeseun, Sen. Olufemi Lanlehin, Sen. Adesoji Akanbi, Chief Sarafadeen Abiodun Alli, Prof. Taoheed Adedoja, Prof. Soji Adejumo, Alh. Olalekan Alli, Hon. Segun Odebunmi, Hon. Akeem Adeyemi, Prof. Adeolu Akande, Alh. Fatai Ibikunle, Chief Adebayo Adelabu, Chief Adeniyi Akintola (SAN) and Engr. Joseph Tegbe.
Others are; Hon. Saheed Akinade-Fijabi, Hon. Dapo Lam-Adesina, Dr. Olusola Ayandele, Barr. Akeem Agbaje, Dr. Yunus Akintunde, Hon. Mojeed Olaoya, Hon. Bimbo Kolade, Prince Ayodeji Abass-Alesinloye, Hon. Bimbo Adekanmbi, Engr. Idris Adeoye, Chief (Mrs) Ayoka Lawani, Hon. Folake Olunloyo-Osinowo, Hon. Olatubosun Oladele, Dr. Isiaka Kolawole, Hon. Ayoade Ojoawo, Hon. Asimiyu Alarape, Hon. Wumi Oladeji, Alh. Abu Gbadamosi, Engr. Faozey Nurudeen, Prof. Adeniyi Olowofela, Hon. Abisoye Fagade, Pa Timothy Jolaoso, Mogaji Olorode, Chief Kunle Sanda, Pa Elegbede, Alh. Bashiru Ajibade, Chief Lekan Adeyemo, Alh. Isiaka Alimi, Mrs. Mabel Williams, Mrs. Hannah Ogunesan, Mrs Yinka Adebayo among others.