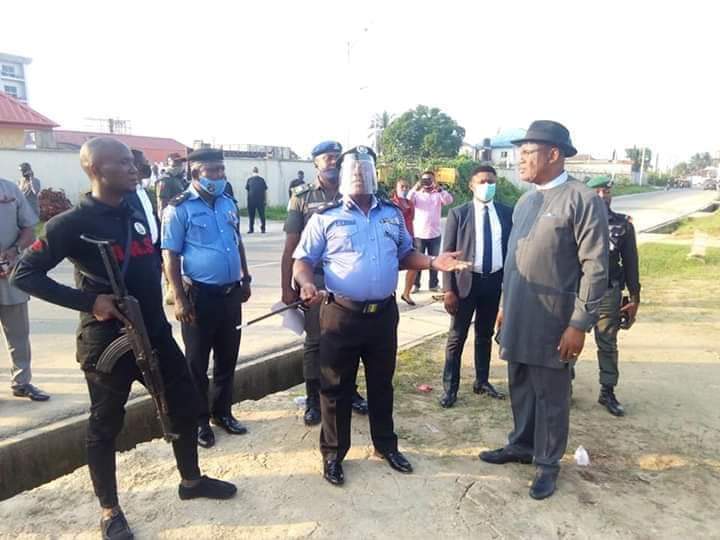 A palm-wine tapper, Daniel Qudus was on Tuesday instructed his friend, Akinyemi Akinlolu to shoot his son Venzan Qudus to test the efficacy of a newly acquired traditional gun at Aba-Oyo along Idi-igba road, Olorunda in Lagelu local government area of Oyo State while testing gun charm.
The Police Public Relations officer (PPRO), Olugbenga Fadeyi who confirmed the incident to our said the suspect has been arrested.
He said: “It was a case of attempted murder by one Venzan Qudus, age 12 years old was shot with a Dane gun on his check and a hand by one Akinyemi Akinlolu who is  aged 44 on the instruction and presence of his father, one Daniel Qudus.
“It occurred at Aba-Oyo Olorunda area of Olorunda while testing the efficacy of traditional newly acquired bullet repellant charm. Three suspects has been arrested in connection with the case. Victim transfered to UCH for treatment.”
Eyewitness told oyoecho.com that the man who is from Cotonou called his son out  that Akinlolu should  test the charm and the gun on his body.
She said the victim who is about twelve years old was shot in the head while his father and mother were watching the man testing the charm on the boy.
The woman who said she went to buy vegetable in the village confirmed that immediately the incident happened, she saw police officers picking people from the village.
A resident of the village who identified himself as Mr. Gbadebo said such incident is rampant in the area.
“This is not a news to us here in this area. Some hunters recently went to hunt for bush meat and they shot each other while trying to test their charm. This morning we all rushed to the village when we heard the Cotonou man killed his son while trying to test his charm again. We met the boy in the pool of blood while the man (father) was crying profusely.
“Few minutes later, the police suspected to  be SERS came and took him away with all the people in his shop. As we speak, all the residents who are from Cotonou in our area have fled,” he said.
also see: