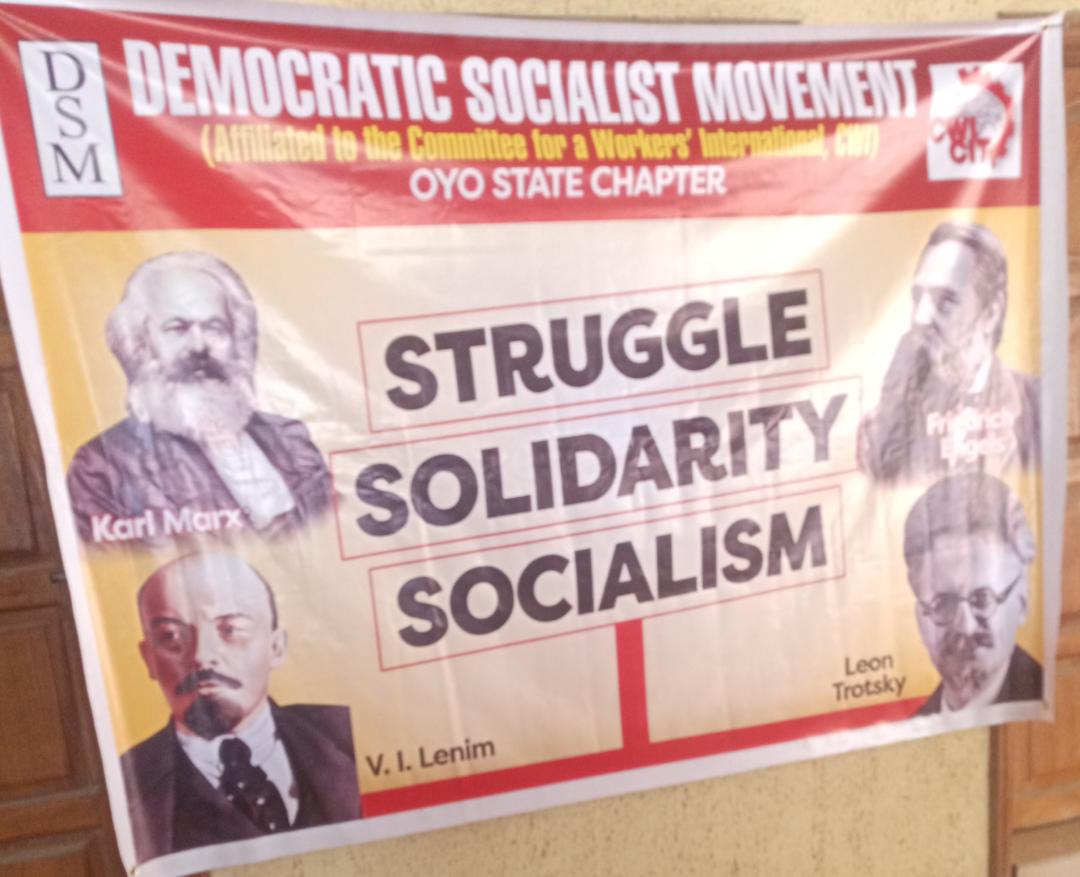 The Socialist Party of Nigeia (SPN), Oyo State Chapter has denounced the Seyi Makinde led administration over the imposition of Platinum consultant and it’s operating on state owned tertiary institutions.

The party made this known on Wednesday in a statement released by its secretary, Comrade Ayodeji Adigun.

The statement said said the party has pledged their support to the ongoing indefinite strike embarked upon by the workers of the institutions.

The statement read: ” According to media reports, members of some affiliates unions and associations of JAC which include, ASUP, COEASU, SSANIP & SSUCOEN in TOP Shaki, EACOED, Oyo, AOP Eruwa, OYSCATECH Igboora and OYSCOED Lanlate, were compelled to embark on the said strike after the expiration of both the seven (7) and three (3) days ultimatum issued to the state government and Governing Councils of respective institutions on the 15th and 24th of February, 2021 respectively to demand the payment of 11 months minimum wage arrears and an end to the continuous operation of platinum consultant imposed on the tertiary institutions in the state by Engr Seyi Makinde-led government.

“The operation and imposition of Platinum Consultant as the authorizing body for every spending including the control and management of revenues at the disposal of all the tertiary institutions in the state has been described by the striking workers as a practice that is alien to the law that established the tertiary institutions. Some of other issues known to be associated with activities of the Platinum Consultant include exploitation of students and the introduction of measures that are capable of subverting the sanity and smooth running of the Institutions, crippling the academic activities in the Institution and by implications, denying the teeming youths of the State access to affordable and quality education if not nipped in the bud now.

“Platinum Consultant has also been alleged of issuing misleading advice to the State government something which the striking workers believe is responsible for the continuous refusal of Engr Seyi Makinde to give any concrete commitment towards the implementation of the agreement signed with the JAC and its affiliate unions on January 13th, 2021. According to this agreement, the 11 months minimum wage arrears from January to November 2020 is expected to be defrayed in not more than three (3) instalments by the Engr Seyi Makinde-led government.

“Almost three months after signing the agreement, the Engr Seyi Makinde-led government has failed to commence the implementation with obvious determination to force the responsibility of the defrayment of the new minimum wage arrears on respective Institution. SPN rejects this and urges the striking workers to remain steadfast and ensure that such an anti-people ploy is defeated. Tertiary institutions are not ventures for generating Internally Generated Revenue (IGR). It is the constitutional responsibility of the State government to ensure that all State-owned tertiary institutions are adequately and properly funded. Except the government is compelled to bear the responsibility of defraying the backlog of minimum wage arrears, the cost of the arrears will be offloaded on the shoulder of the mass of students and their poor parents by the administrators of the respective Institutions. This will no doubt increase the economic hardship which the working people are suffering from at this present time.

“This is why SPN calls on mass of the working people in the State particularly the leadership of the two existing labour centres in the State; Nigeria Labour Congress (NLC) and Trade Union Congress (TUC) to lend support to these demands of striking workers with a view to prevail on Engr Seyi Makinde-led government to accede to their demands without further delay.

“Beyond this is to note that the illegal imposition of the Platinum Consultant is a further confirmation of the pro-capitalist character of the Engr Seyi Makinde-led government. By calling it a pro-capitalist government, we mean a government whose basis for its formation and operation is to always satisfy the profit greed and interest of the few members of the billionaire class at the expense of the vast majority of the working but suffering people. This is exactly the ulterior and satanic motive behind the imposition of the Platinum Consultant on our Tertiary Institutions and other pro-capitalist programme like Public Private Partnership (PPP), contract system, cuts in public social spending, commercialisation etc., which are known for the enrichment of private firms with public funds while the interest of workers and the poor people remain undermined and compromised.

“Therefore, it is very obvious that beyond the quest to end the operation of the Platinum Consultant across the tertiary institutions in the state is also the need to begin to call for a Government formed by workers and poor people themselves and run on the basis of socialist programmes. It is only this kind of government that is capable of ensuring democratic management and control of the public fund and ensure that public investment is made to satisfy the economic needs of the vast majority of the people It is in the light of this we of the SPN call on mass of workers within and outsides the Tertiary institutions in the State to join us and help build the party towards the enthronement of such a worker and poor people government”.