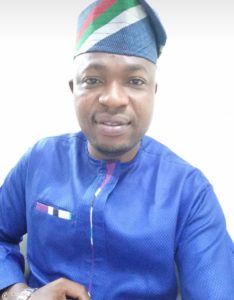 By Khalid Imran
The Caretaker Chairman of Iseyin South Local Council Development Area(LCDA), Iseyin, Area of Oyo State, Hon. Raheem Ajibola has described the collection of money at Ajumoda and Atoori water works in Iseyin as a negation that goes contrary to the implementation of blueprints of Governor Seyi Makinde.
While giving the marching order over the stoppage of collection of money at Ajumoda water works in Iseyin, Ajibola lamented that the collection of money from domestic water fetchers that was introduced by the last administration at public water works was a calculated attempt to inflict unnecessary hardship on people of his constituency, adding that all the money that was being accrued all in the name of generating Internal Generated Revenue(IGR) had become a thing of the past.
With firmness to commitment, Ajibola said he was committed to declaration and reciprocation of basic needs of life which are characterised as free education, health care and drinkable water at the grassroots, stressing that an attempt to sabotage the efforts of Governor ‘on no dime should be collected from the masses’ would be outrightly rejected.
In his visit to Ladogan/Ijemba health care centre where the infrastructures are in a sorry state, the council chairman pledged that the current administration led by him would do everything within the management’s capacity to renovate the facilities for the betterment of the generality.
Ajibola thanked God Almighty for HIS grace and a God sent Governor,  Engr, Seyi Makinde for the firm confidence he reposed in him to serve his constituents and constituency where he was born and brought up, pledging that he would never derail from reciprocating the blueprints at the grassroots and the attached dividends of democracy would be justifiably brought the constituents.
also see: