Why I Distributed Cash, Food Items Worth Millions In Ibadan- Bisoye Fagade

...says not for political reasons 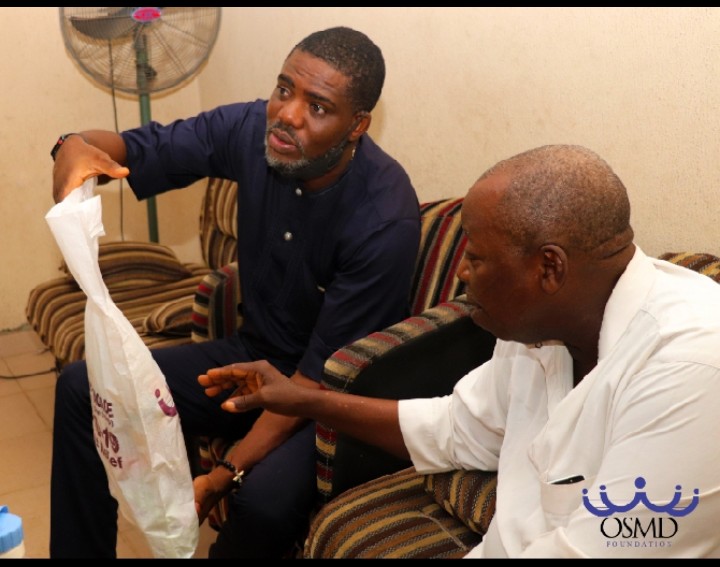 An intercontinental businessman and media expert, Bisoye Fagade has explained reasons behind his generous distribution of food items and cash worth millions of Naira to his people in Ibadan, Oyo state capital.
He said it was one of his efforts to cushion the effect of COVID-19 in the state. 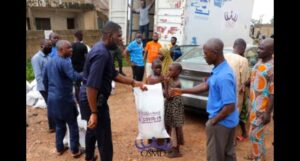 Fadage the initiator and founder of “Oyo Si Ma Dun” (OSMD) Foundation said  covid-19 stimulus relief was not for political reason but to alleviate the suffering of the people.
Fagade,  a former gubernatorial Aspirant on the Platform of Alliance for Democracy in Oyo state said: “This is  not the first time will  be doing this  but I have never put a name or tag on it, I have  always tried to help as much as I can out of the little thing God has given to us we tried to spread around ,  a lot of people that are hungry out there  and like people use to say a hungry man is an angry man, in order  to  calm people down we should see how best we can actually extend  our hands of friendship and fellowship as better as  best as we can.
also see:

When asked to give the  worth of the items distributed, Fagade said ‘ it worth every soul, Naira and  kobo is not our problem in this country, I will rather  will not quantify what we have done but  I will look at it from the angle of  what it would do for the people we have done it to, there is no motivation behind it than the fact that I do not want to see people go hungry  and I feel that if I can a do a little within my reach. 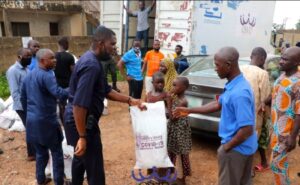 Responding to calls by people to be participate in  Oyo politics “  Fagade said I am not doing this for politics, I am not contesting for House of Reps, I have ran for governorship in this state before , this is not  politically motivated this is things I have done overtime, I have always been involved in politics, this particular  move is not political motivated  just to let people know that this is where this things are coming from
While urging the people of Oyo state to  make use of the land by venturing into Agriculture , Fagde also urged  the government  to  focus on the people of  the state by providing basic things that would make people to enjoy dividends of democracy and good living
“ Oyo state is civil service state and  Federal allocation can only pay salary, this is not too good government should look inward to generate more fund , the focus should be on  basic thing that will help day to day living of the people “ He said .
An APC leader in Oyo central Senatorial District, Prince Sanda said Fagade’s continuous effort in alleviating peoples suffering is acknowledge and appreciated, he however urge him not to relent in his service to God and humanity.

Makinde, Deputy Didn’t Call Me, My Husband While on Sick Bed- Florence Alleges