2019: I Didn’t Regret My Support For Makinde, Says Lanlehin 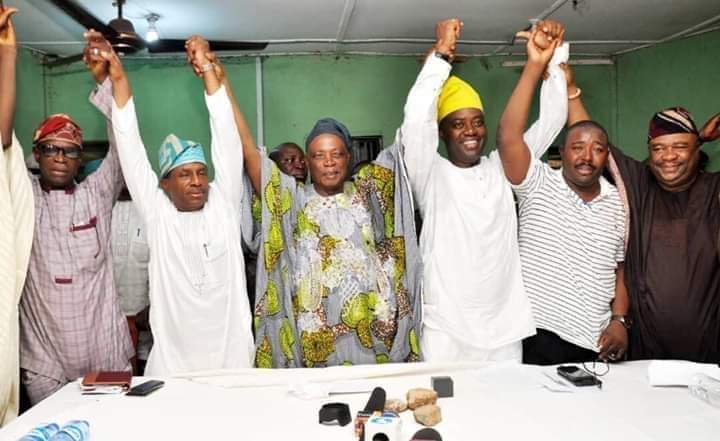 The governorship candidate of the African Democratic Party (ADC) in 2019 governorship election in Oyo state, Olufemi Lanlehin on Saturday said he did not regret his involvement in coalition that produced the incumbent governor of the state, Seyi Makinde as the Governor of the state.
He said he did not negotiate with Chief Bayo Adelabu, either directly or indirectly, adding that it was Dr Kayode Fayemi, the Ekiti State governor, who approached him on his behalf, but I respectfully  turned him down, without much ado.
Lanlehin who reacted to the comment made by chief Adebayo Adelabu on a radio program in Ibadan said; “I listened with rapt attention to comments made by my by aburo, Chief Adebayo Adelabu, Oyo State governorship candidate of the All Progressives Congress (APC) in the 2019 polls, while answering questions on Fresh FM’s flagship sociopolitical programme, Political Circuit, today, Saturday, 20 June, 2020, particularly on the Coalition that heralded the victory of Engr. Seyi Makinde, then candidate of the Peoples Democratic Party (PDP), and specifically as it related to my humble self negotiating with him to explore possibilities of working as allies, in the build-up to that election.
“While I would ordinarily have preferred not to issue any rejoinder to his comments, my integrity, character and fidelity to truth and good conscience, will not agree that I let such slide, especially as the comments are capable of misinforming and misrepresenting the issues in the eyes and minds of the good people of Oyo State.
also see:

“I want to categorically put on record, for the sake of posterity, and like I did in the text message I sent to the programme, that:
“I did not negotiate with Chief Bayo Adelabu, either directly or indirectly. In fact, it was Dr Kayode Fayemi, the Ekiti State governor, who approached me on his behalf, but I respectfully  turned him down, without much ado.
“Despite ongoing Coalition talks at that time, I still gave audience  to Governor Fayemi, a man for whom l have a great deal of respect, and who I’d had a wonderful relationship with, right from our days in NADECO. I respectfully turned down his passionate plea that I aligned with Bayo Adelabu and the APC.
“Despite my progressive roots, which Governor Fayemi alluded to in that meeting, l explained to him my reasons for turning him, and indeed, Adelabu down. The crux of our discussion then, was that every politics is local, and that it was in the best interest of Oyo State at that time of its history, that I coalesced with Engr Seyi Makinde, and the Peoples Democratic Party (PDP), to win the  gubernatorial election.
“I wish to conclude, that despite the advertised failings of post-victory agreements, I sincerely do not have any regrets for being an active participant in the Coalition that brought in Engr Seyi Makinde, as it was honestly, the best decision, in those circumstances, and sincerely, in the interest of Oyo State.”