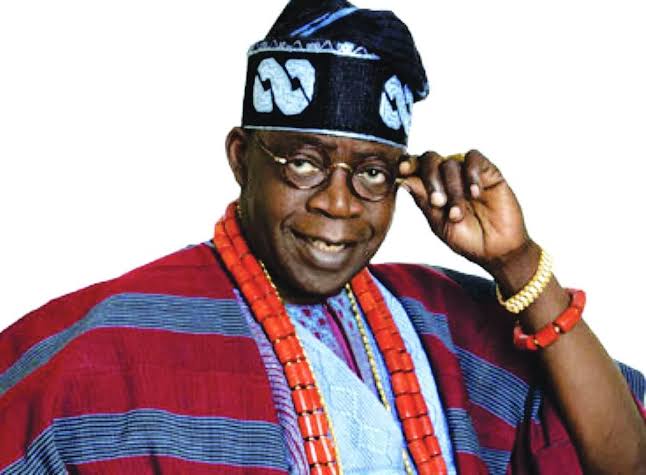 The National Leader of the All Progressive Congress, APC, Bola Tinubu will contest in the 2023 Presidential elections.

Speaking while conducting what he termed International Press Conference to start up the 2022 New Year, Kofa, who is a former House of Representatives member said, “Tinubu’s Presidential contest is a done deal”.

He said in his position as the DG Highest Management Campaign Council of Bola Tinubu, which is overseeing over 2000 other APC National Leader Campaign Councils, “I have the full authority and mandate today, to say that Tinubu will go for the Presidency in 2023”.

Kofa, who described Ekiti State Governor, Kayode Fayemi and the Vice President Osibanjo speculative Presidential Contests as a huge jokes which is going no where, added that, “Bola Tinubu will certainly be in the Presidency comes 2023”.

He said, “Bola Tinubu has the pedigree to go for the Presidency, has an edge over any other person, be it in APC or PDP contesting the Presidency and I bet you by the year 2023, you will see Tinubu in the Villa.
“Let me tell you, any other person seeking for the Nigeria exalted seat, more specifically in the APC is a joker and a player, forget the insinuations. Tinubu is biggest and highest contender that would make it to the Presidency come 2023”.

He added that, “Bola Tinubu is a full blown Nigeriain, somebody with large heart, that will take everybody on board, and has the determination, zeal, courage and above all he has the competence by what he has done in Lagos as Governor for eight years”.

While commenting on a possible Dark Horse emerging from either PDP or APC in 2023, Kofa hinted that that such was not possible.On Tinubu’s health position to contest the Presidency, Kofa insisted that the man in question is highly fit.