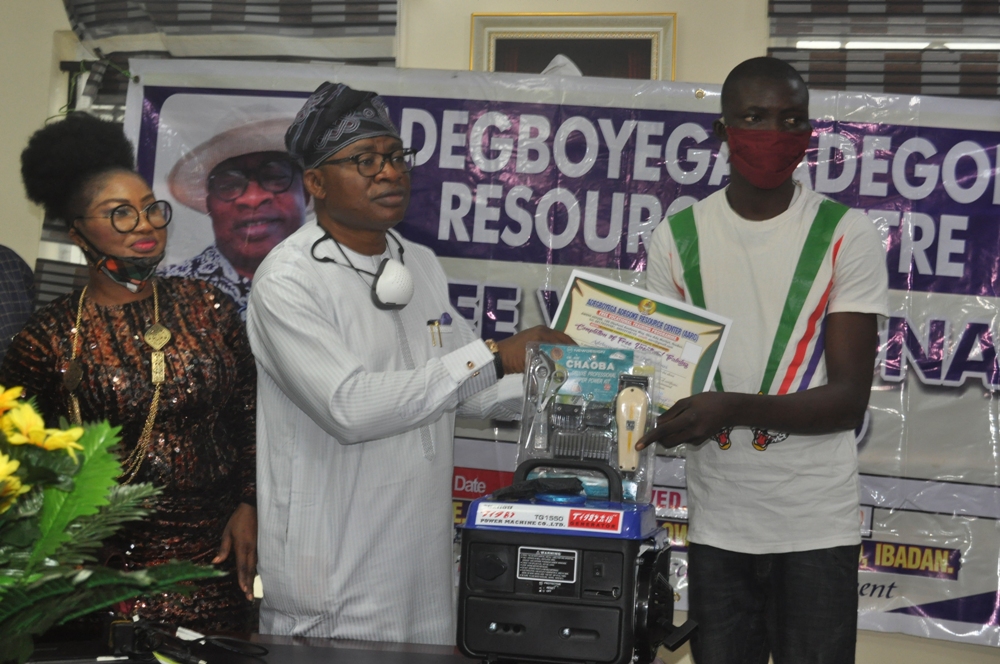 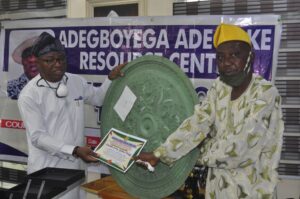 As part of efforts aimed at reducing poverty, unemployment and social vices in the country, a non-governmental organisation, Adegboyega Adegoke Resource Centre (AARC) in Ibadan, the Oyo state capital has trained and empowered over 200 youths with requisite entrepreneurial skills to be self-reliance.
As the Chief Executive Officer (CEO) and Chairman, AARC, Oloye Adegboyega Taofeek Adegoke declared that the only way to minimize poverty and curb social vices among youths in the country is the human development through vocational training and entrepreneurial skills. 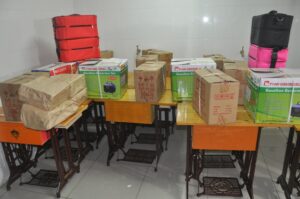 Adegoke, who is the Executive Director Finance and Chief Financial Officer of OES Energy Services made the declaration while speaking with Journalists during the graduation and distribution of working tools to young people who have undergone several forms of vocational training at AARC.
He said the training and empowerment will go a long way in reducing poverty, joblessness and the attendant crimes among the youths in the society
Adegoke, who is also the Ajia Balogun Olubadan of Ibadanland, stressed that when youths are engaged and impacted with Knowledge through vocational training and studies, social vices and poverty would be reduced to the bearest minimal.
Adegoke, while urging states and federal government to invest more on
also see:

vocational studies, he insisted that government can reduce social vices among the youths through handiwork rather than focusing alone on white collar jobs 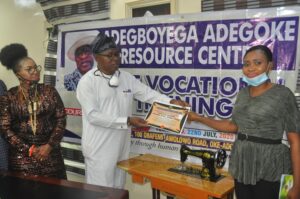 According to him, “There is poverty and unemployment in the land coupled with the consequences such as social vices, which we can reduce drastically if the government, corporate bodies, foundation and individual philanthropist can invest in vocational studies, by doing so many youths will be engaged and they will be far away from social vices, that can dent their image and that of their families.
“In my own little way in contributing to youth development and poverty alleviation, my foundation, Adegboyega Adegoke Resource Centre has device a vocational training for youths in several aspects such as candle and soap making, hairdressing, chalk making, tailoring, computer engineering, POP and others.
“We are presenting working tools to about 75 of them today, out of 200 as first batch to follow Covid-19 protocol, another two batches will follow in the next few weeks time. Parts of what we are distributing include sewing machines, hair dryer, laptops and computers, generators, cash and other working implements.
“We have trained people on how to be self-reliant and to become an entrepreneur. This will help in alleviating the poverty level in the state and country at large, and to generate income for themselves. The way the country is going now, you cannot rely on white collar job.
“We are also orientating the beneficiaries to be self-reliant instead of waiting for white-collar jobs that we all know are not there. They will be taught to have a saving culture.
“This kind of programme will put an end to youth unrest because when youths are gainfully engaged, they would not have time for unproductive activities like engaging in violent acts and all that”.