Akeugbagold Withdraws Case Against Abductors Of His Twins 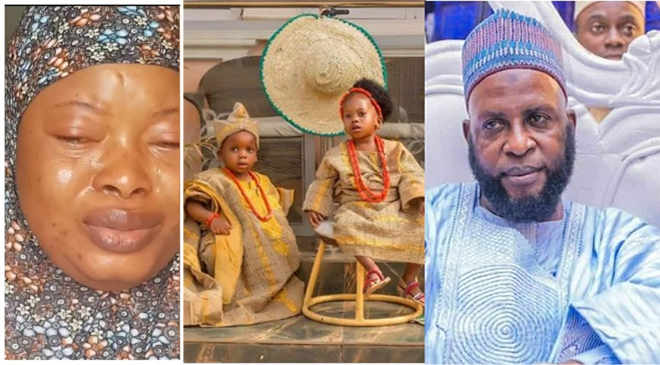 A popular Islamic cleric, Shaik Taofeek Azeez, popularly called Akeugbagold on Monday approached Justice Moshood Abass of the Oyo state high court seeking withdrawal of case against the abductors of his twins last year.
Ridwan Taiwo aged 30, Rafiu Mutiu 35, Olumide Ajala 36, Rafiu Modinat, Female, aged 29, Bashiru Mohammed 33, and Opeyemi Oyeleye 25 were arrested for the kidnap of the twins.
The twins, aged two years and four months, were abducted at gun point at their Ojoo residence on April 17, 2020 when their father went to record a lecture in his studio.
They were released eight days later after a N4 millon  ransom was allegedly paid to secure their freedom.
Speaking on the reason he approached the court to withdraw the case, the Islamic cleric said forgiveness is one of the pillars of his religion and he therefore decided to follow the dictate of the Qur’an.
“I decided to take the decision because I preach forgiveness which is one of the pillars of Islam. I am happy I have seen my twins unhurt but they will sign undertaking that nothing will happen to my family.”
When the judge asked if the cleric took the decision under duress, he said he took the decision because of his trust in God and forgiveness as one of the pillars of Islam.