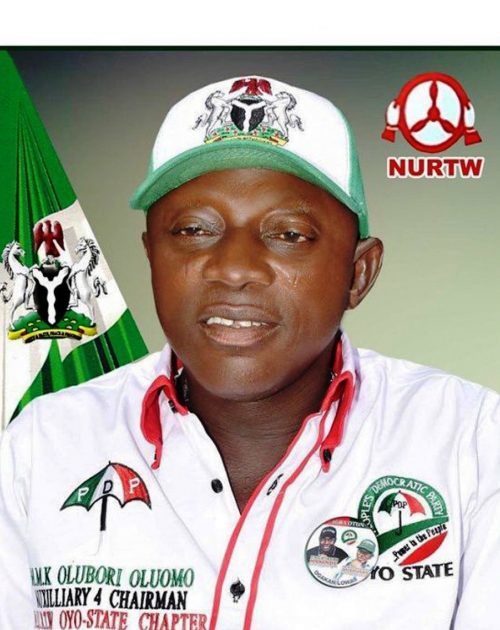 The Chairman of the Oyo state Motor Parks Desciplinary Committee, code-named, Motor Parks Management System, Mukaila, Lamidi popularly called Axillary on Tuesday denied the allegation leveled against him that he is after life of a former Majority Leader of the House of Representatives, Alhaja Mulikat Adeola-Akande on instruction of the state governor, Engr Seyi Makinde.

He warned politicians to desist from destroying his hard earned name for issues he knew nothing about.

Adeola-Akande had in last week alleged that Auxiliary is after her life on instruction of the governor of the state, hence asking the state government to give her maximum security.

Reacting to the allegation, Alhaji Mukaila at a press conference in Ibadan on Tuesday said he cannot even identify the former majority leader who alleged him, asking her to desist from politics of destroction.

“I heard the former majority leader of the House of Representatives Alhaja Mulikat Adeola-Akande alleged that I am after her life. This is mischievous and misleading. For God sake, I cannot identify her even if I see her.

“It amazes me. I have never met her before. She is not a driver like me and I am not a politician. Why must I run after her life? I don’t know anything about it at all. We cannot identify each other even when we see. I don’t know her house and I am sure she doesn’t know my house also.

“I know there are wicked people behind the allegation. I don’t know weather Makinde and Mulikat are fighting or not. Why must I interfere in matters I knew nothing about. They didn’t interfere in motor parks matter, why must I act on something I don’t know about. People should stop wrong allegations against me.

Lamidi said his role is to oversee the activities of members of his union and not to fight for the government, saying “arrest anyone who trail you.”

“Governor Makinde didn’t ask me to involve in politics or to attack anyone for them but to work with commercial drivers in the state. I don’t know her and I cannot involve myself in politics of Oyo state. I urge her to find those behind her ordeal to another place,” he said.

Akeugbagold Withdraws Case Against Abductors Of His Twins