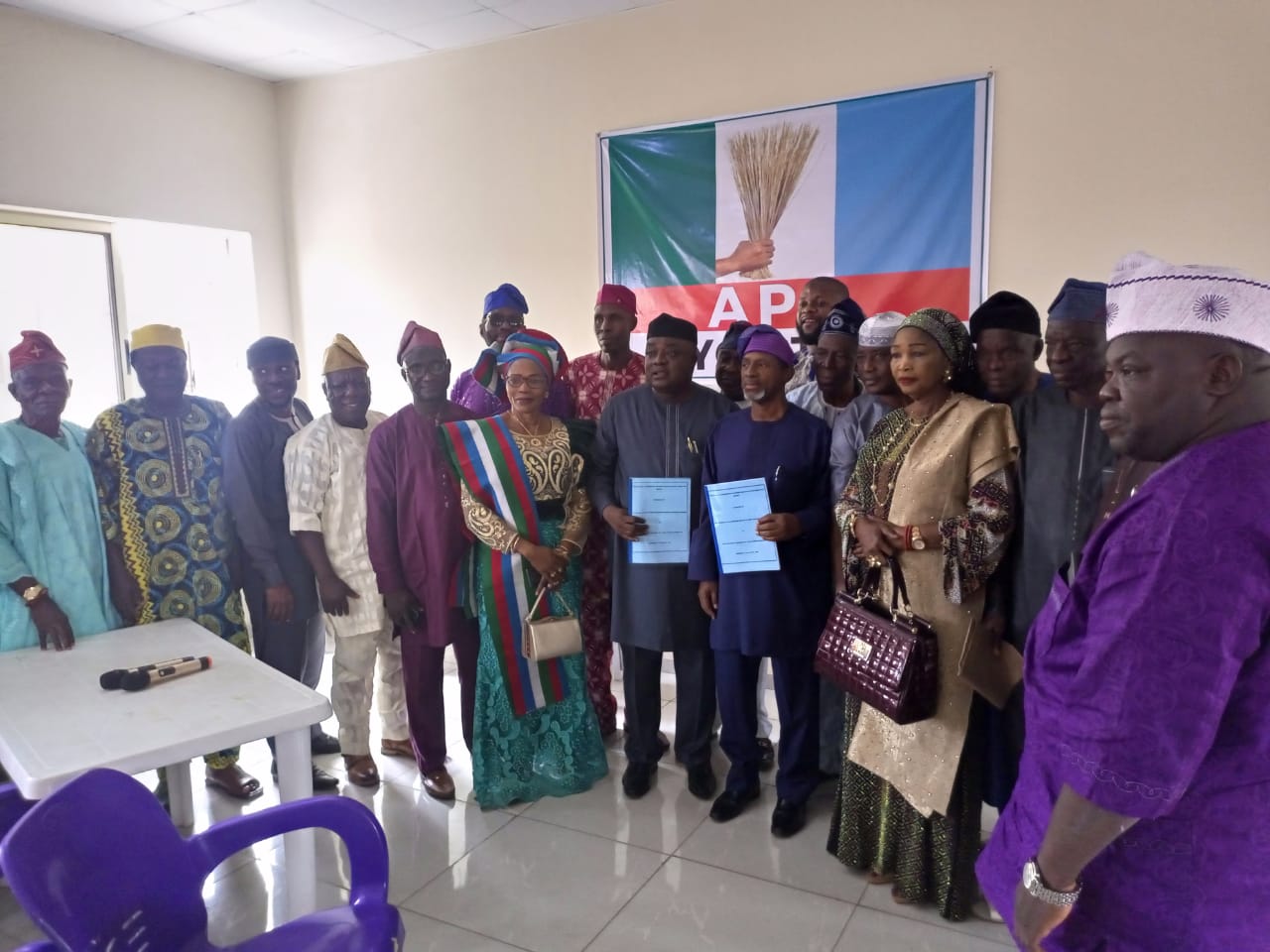 The need to mend fences and assuage the feelings of all party members with a view to engendering electoral success for the Oyo State chapter of the All Progressives Congress (APC) has again been reiterated.
This was the crux of discussions on Thursday, 4 August, 2022 when the Senator Olufemi Lanlehin-led Oyo State APC Reconciliation Committee submitted its report to the  party’s State Executive Committee in Ibadan, the Oyo State capital.
Lanlehin in his opening remarks interrogated some of the issues which birthed the dire need for the Committee, especially those which cropped up during the party’s congresses and primaries, noting that notwithstanding the heat in members’ grievances, their continued interest in the party caused them to receive his Committee warmly, even to the point of offering valuable suggestions that can move the party forward.
“Despite members’ understandable anger, one good thing I took away was their commitment to remain within the party; in fact, they’ve only asked that the party takes note of their grouse and keeps faithfully to their recommendations,” Lanlehin submitted.
also see:

Urging the party to conscientiously take note of the recommendations as doing so will go a long way in helping the party succeed, Senator Lanlehin thanked the State Executive Committee for finding him and members of his Committee worthy of such onerous yet lofty assignment, promising readiness to heed such calls, when beckoned again.
Hon. Isaac Omodewu, State Chairman of the party while responding, appreciated the Committee for putting their all into the assignment, noting that party members have a lot to learn from the commitment of the Committee, imploring them to note that their assignment had not ended, as it will always be an ongoing one.
“Until we achieve electoral victory in the 2023 polls, your assignment has not ended. Even after, I’m sure you’ll still have one or two things to do, for the sake of the party,” Omodewu said.
Commending members for their selflessness, the Oyo APC helmsman praised them for doing the assignment pro bono, praying that their reward will not elude them when the time comes. “If we’d given this assignment to a Consultant, we know how many millions he’d have charged us. So, we thank this Committee for doing a thoroughly professional job free of charge. We cannot appreciate you enough”.
Informing the Committee that he’ll take the recommendations to the Elders’ Advisory Council with a view to getting their buy-in, the state chairman intimated them of his wish to keep the Committee, subject to the approval of the governorship candidate, Senator Teslim Folarin, and the guidance of the party’s constitution, as a body to be consulted at all times.
Joining the State Chairman to receive the report were members of the State Executive Committee and some chieftains from the six states of the Southwest who were in Ibadan to attend the party’s zonal meeting. In attendance were Barrister Paul Omotoso, Ekiti State APC Chairman, Barrister Kola Majaro and Mrs Yetunde Adesanya, Southwest Zonal Legal Adviser and Woman Leader respectively, amongst others.
Some of the recommendations included the harmonisation of the Executive Committees from the ward to the state to accommodate all tendencies, constant engagement of all aspirants in party assignments beginning with their inclusion in campaign committees to showcase their recognition and a continued dialogue with all stakeholders to engender peace and harmony.