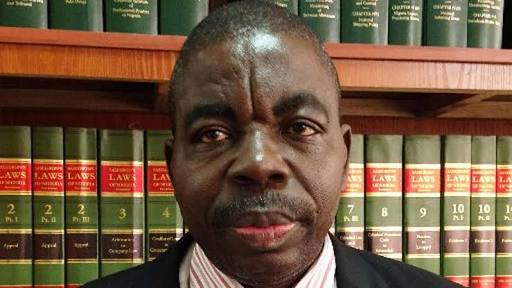 A Senior Advocate of Nigeria (SAN), Mr. Adebayo Adenipekun on Wednesday declared that constitutional amendments being sought by some leaders of thoughts in Nigeria cannot solve Nigeria’s problems.
He said implementers of the constitution; legislature, executive and judiciary are the ones guilty for failing to implement what is in the constitution.
Adenipekun, while addressing journalists in Ibadan, the Oyo state capital, insisted that Nigerians should erase it from their minds that the call for constitutional amendments is the solution to the security and other problems confronting the country.
Speaking at the official presentation of a book entitled, ‘Wole Soyinka, Quest for Renewal’, written by Professor Mary T. David, an Indian national , Adenipekun maintained that the problem of Nigeria is not the constitution , but the implementers of the law in the country.
At the presentation were former Director of Banking Services, Central Bank of Nigeria (CBN), Mr. Titus Oladioupo Fatokun, Professor Jide Ajidahun of Adekunle Ajasin University, Akungba- Akoko, Chief Bolaji Ayorinde SAN, Mr Frank Erinle, Prince Adedeji Atayero, Mr. Kehinde Ogunwumiju SAN, Mrs. Esther Adenipekun, the Chairman, Spectrum Books Limited, Hon. Dayo Ogunniyi , management staff of Lead City University, Vale College , and other schools in Ibadan, amongst others .
While speaking further, Adenipekun maintained that Nigerian government should find ways of addressing socio- economic problems which he described as the  main source of the problems , such as thuggery, hooliganism, kidnapping , banditry, poverty and unemployment among others.
Adenipekun said, “The problem is not with the constitution, the problem is with those who are executing; executive, legislature and the judiciary. We have very good constitution. Legal framework to address the issue of security challenges are always there, don’t forget that we have so many agencies that deal with security challenges.
“All I can say is that the foundation of our problem is about economic problem. If we solve economic problem, some of these issues will be away. A hungry man is an angry man. We have restless youths who are jobless and when you are idle, they said that devil finds job for  idle hand.”