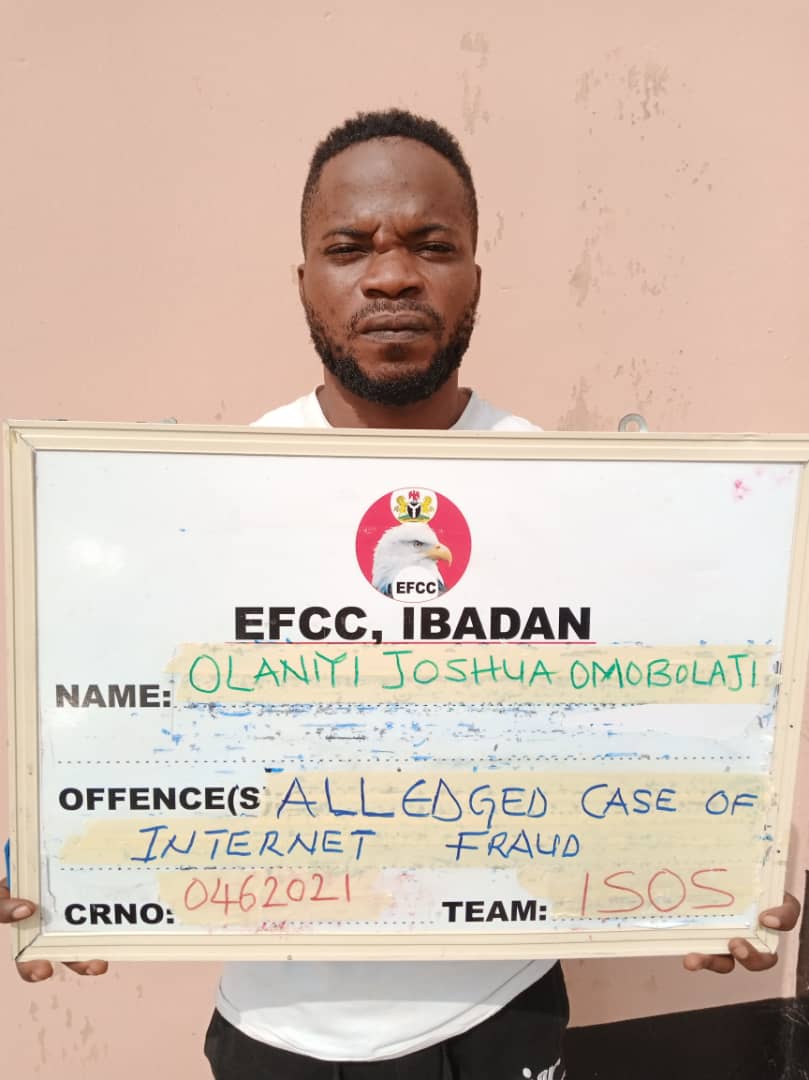 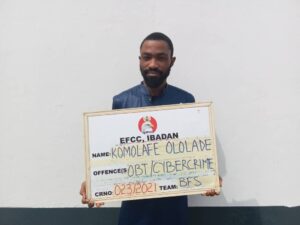 Justice Mohammed Abubakar of the Federal High Court, sitting in Abeokuta, on Wednesday, convicted  Komolafe Ololade Olajide and  Olaniyi Joshua Omobolaji for fraudulent impersonation. The offence runs contrary to Section 22(2) (b) (i) and is punishable under Section 22(2) (b) (iv) of the Cyber Crimes (Prohibition, Prevention, Etc.) Act, 2015. 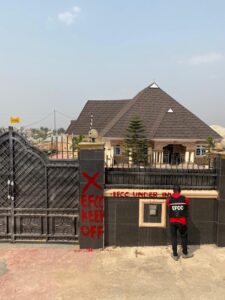 They were convicted on separate one count charge of fraudulent impersonation preferred against them by the Ibadan Zonal Office of the Economic and Financial Crimes Commission.
Komolafe, 30, who claims to be a graduate of computer science from Osun State University was arrested on January 22, 2021. In the course of investigation, a number of incriminating documents were recovered from his email,
also see:

Upon arraignment on an amended charge after a plea agreement, he pleaded ‘guilty’.
Justice Abubakar thereafter convicted and sentenced Komolafe to six months imprisonment with an option of N300, 000 (Three Hundred Thousand Naira) fine. Apart from his conviction, komolafe was also ordered to restitute a total sum of N1, 319,708.85k (One Million, Three Hundred and Nineteen Thousand, Seven Hundred and Eight Naira Eighty-five kobo).
The Court equally ordered the forfeiture of his iPhone 12, Samsung S5 and Samsung Galaxy S6 mobile phones; one MacBook, one Toyota Corolla 2008 model, one Toyota Venza 2013 model, and one Toyota Camry 2013 model cars; and a 4 bedroom bungalow.
Similarly, Justice Mohammed Abubakar convicted and sentenced Olaniyi to four months imprisonment with an option of N100, 000 (One Hundred Thousand Naira) fine. He was equally ordered to forfeit a Samsung A51mobile phone and a Lexus ES 330 car to the Federal Government of Nigeria.