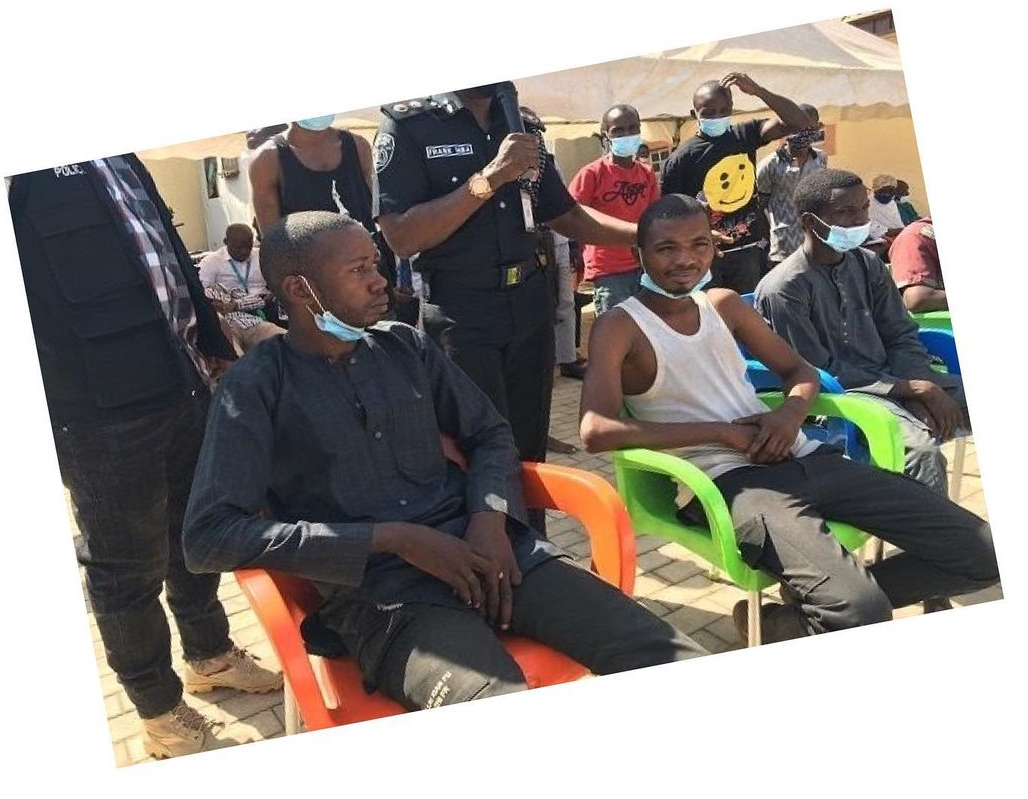 Mohammed Amodu, a kidnapper who is famous for his nefarious activities in the Federal capital City, Abuja and environs, was kidnapped by another kidnapper, Babu Babu 35 and had to pay #1,555,000 before gaining freedom.
This was reveal on Monday January 11 by police public relations officer CP Frank Mba while parading both kidnappers in Abuja.
Mba said Babu took Amodu into his custody and when the abducted kidnapper hesitated to pay , he was shot in the arm. Amodu who had initially boasted that he had charms and could not be penetrated by bullet was shot by Babu to show how serious he was.

Amodu confessed to the police that there was a time his gang kidnapped 20 victims at once. He confessed to having saved up to #15 million from his nefarious activities, He added that he witnessed an operation where Buba kidnapped 55 person from a luxurious bus at a time too.