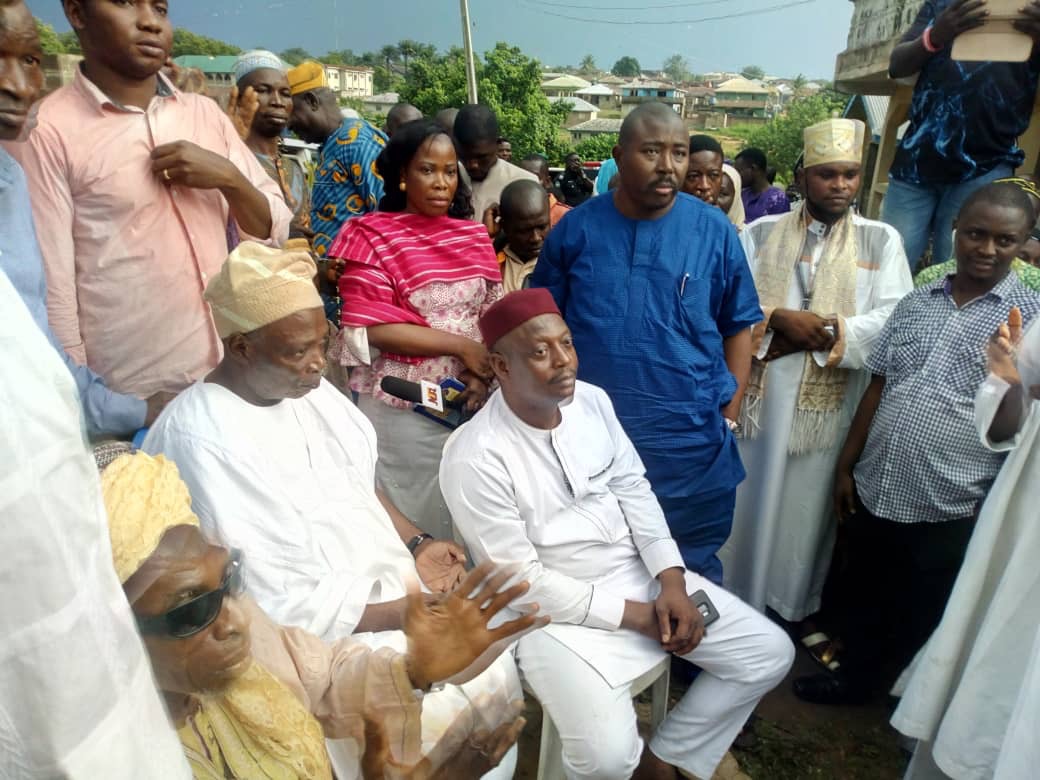 A former governor of Oyo state and Osi Olubadan of Ibadanland, High Chief Rashidi Adewolu Ladoja and the Gubernatorial Candidate of the Zenith Labour Party (ZLP) in the last general elections in the state, Bar Sharafadeen Abiodun Alli on Thursday led other leaders of the party to pay tribute to the late Iyalode Adinni of Fiditi land, Alhaja Nimotalai Adepeju Alli, who passed on, Thursday morning.

Son of the deceased, Alhaji Wasiu Ademola Alli is a confidant and close associate of the former Governor, Ladoja.

A statement issued by the publicity Secretary of the party, Olajide Olanipekun Esq in Ibadan on Friday described the death of Alhaja Nimotalai as a great loss.

Others are: Hon. Femi Aikomo, Hon Busari Olarinre Moriyeba, Prophet T.O Oyeniyi, Baba Modebe, Hon. Olusola Ajibade, Hon James Bolaji and the ZLP chairmen in AFIJIO, Atiba, Oyo East and Oyo West Local Government were at hand to receive the former Senator and other ZLP Chieftains from in the state.

The Chief Imam of Fiditi, Alhaji Oyelere who led other Islamic clerics to conduct prayers for the late Iyalode Adinni urged people to emulate the good virtues of the late Alhaja Adepeju, and use the month of Ramadan to pray for her.

While reacting to the support being given by the members of his party, Alhaji Ademola Wasiu Alli commended the leadership of the party for their unrelenting effort in ensuring and maintaining peace in the party.

He urged members of the party and the general public to join the family at the Fidau prayers and final burial in 40 days time, after the Ramadan.